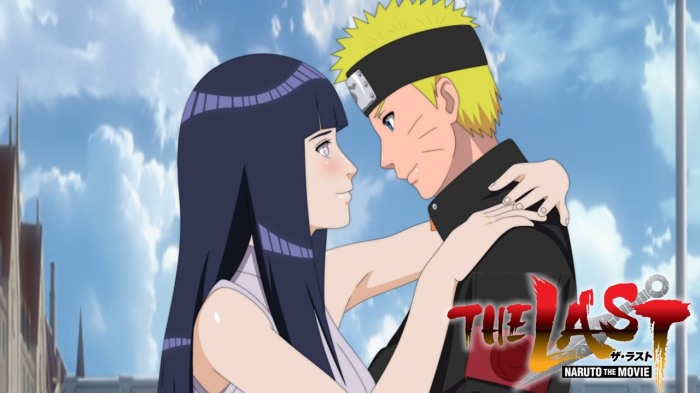 The story of Naruto Shippuden came to an end of an era in 2014 with the creatively titled ‘The Last: Naruto the Movie‘ directed by Tsuneo Kobayashi. Original Naruto creator Masashi Kishimoto co-wrote the story for this film with screenwriter Maruo Kyozuka. The movie’s production was done by Studio Pierrot with Toho distributing it. This review is based on the Viz Media dub.

The shinobi world is in danger as the Six Hokage leader Kakashi (Dave Wittenberg) of the Hidden Leaf Village sees the moon is moving closer to the Earth. In a short amount of time, it will crash into the world and destroy it. At the same time, Hinata (Stephanie Sheh) is trying to find the courage to tell Naruto (Maile Flanagan) that she is in love with him, but is cut short when her sister Hanabi is kidnapped by a strange sage named Toneri Otsutsuki (Robbie Daymond). He demands Hinata’s hand in marriage and vanishes. Sensing a connection, Kakashi sends Naruto, Hinata, Sakura (Kate Higgins), Sai (Ben Diskin), and Shikamaru (Tom Gibis) on a mission to bring her back. After passing through a mysterious portal to the moon, Naruto realizes his feelings for Hinata, but a jealous Toneri watches from the background, willing to destroy the Earth for what he believes in.

While Hinata’s feelings for Naruto have always on full display in the TV show, whether or not Naruto reciprocated was not truly explored, especially with his feelings for Sakura. I loved that this movie took time to build the budding romance between Naruto and Hinata, giving a chance to grow naturally. I feel that it gave the movie more emotional weight and one that brought it to the fruition that the anime needed to when it comes to the couple.

One of the biggest draws in the animation. I mean, it is a cut above. The character designs, the fight scenes, and the background illustrations make for some pretty cool sequences and many of them are downright beautiful. One of the best scenes is when Naruto summons the Nine-Tails and he does battle. It was awesome. I also really loved the English voice cast. Everyone does a great job and brought a lot of life to their characters.

I think this was the best way to end the era of Naruto Shippuden. Sure, the villain might have been a bit lackluster, but I loved that it ended on such a high note. It is an incredible send-off for Naruto and Hinata as the new era begins.

Bottom line, The Last: Naruto the Movie is a film that every fan of the shinobi world can get behind. It brings an anime classic to a proper resolution and will put a smile on your face.

FAVORITE QUOTE: It was a gift from my mother.

What do you think? Let me know in the comments below. Tell me if there is a comic book, movie, or novel you would like me to review. While you are at it, check out my movie reviews of Dragon Ball Z: Resurrection F and In Dreams. Don’t forget to like, share, and subscribe for more posts like this one.