Erza Scarlet is a mighty warrior, strong woman, and a highly ranked S-Class Mage from the fantasy anime Fairy Tail. Her unique abilities allow her to change or “Requip” armors, each with a unique power, to help in a given situation and show off her fashion skills. Some allow her to fight multiple opponents, some fire projectiles, and others are used for espionage. Here are my Top 10 Best Erza Scarlet Armors From Fairy Tail: 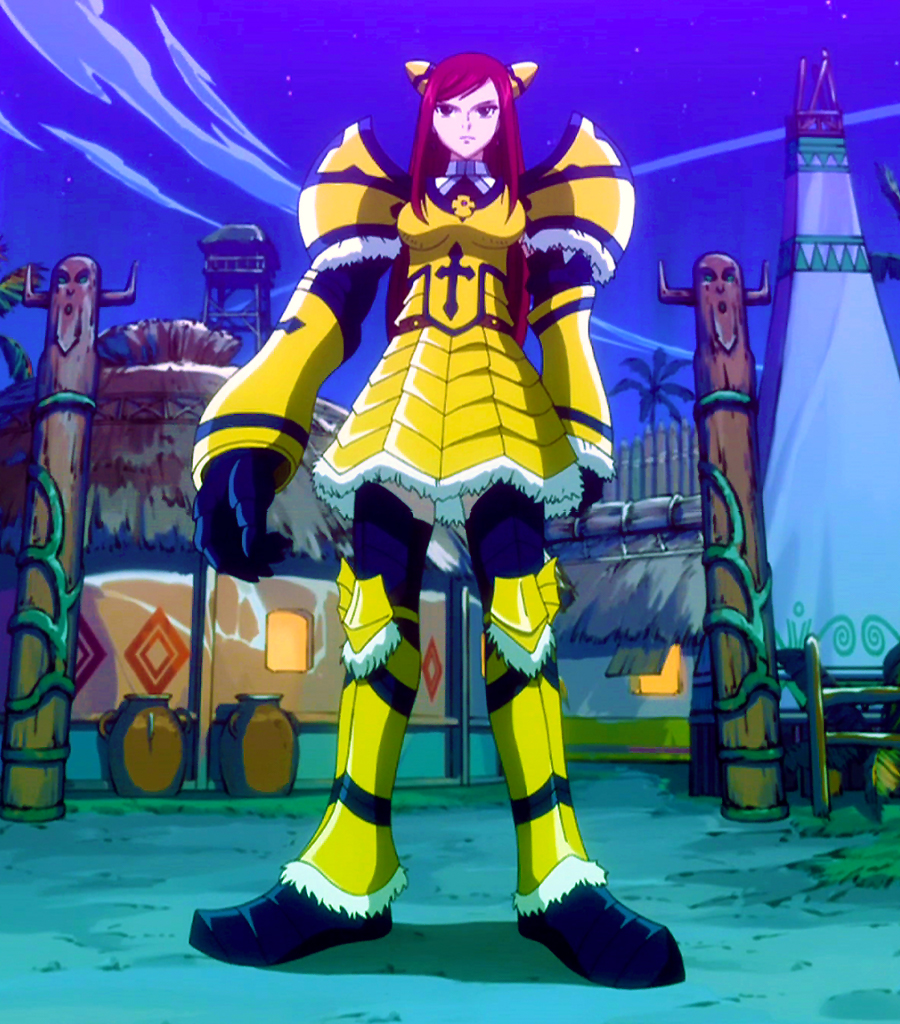 10. Giant Armor- This one grants her enhanced strength, gives her a larger stature, and provides her with a “De-Malevo-Lance,” a spear that is rocket-powered. It comes in hand for her fellow Fairy Tail guild members. 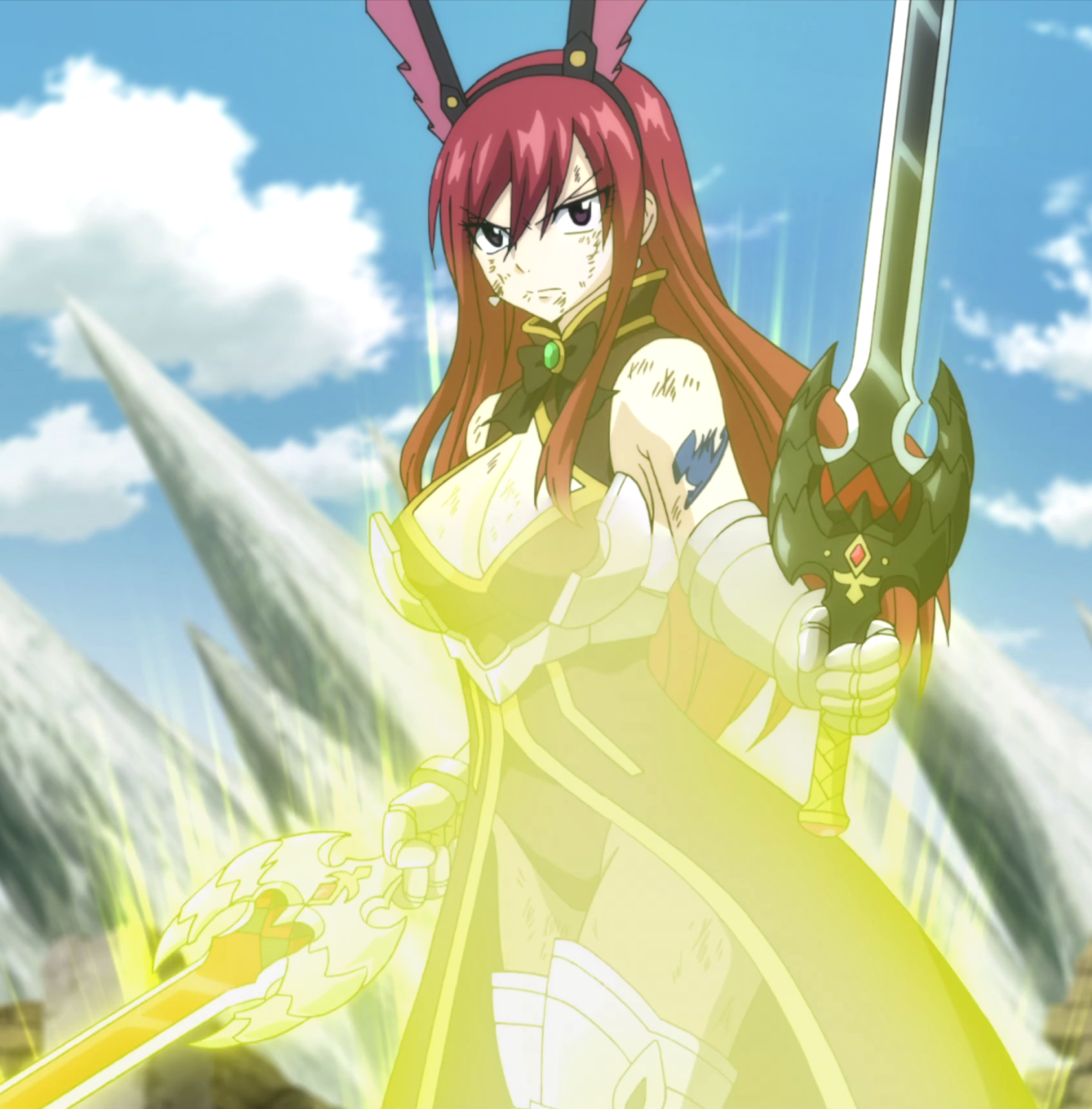 09. Rabbit Armor– This grants her some extra speed while fighting. It includes “Red-Black Twin Blades” that can be combined into more powerful sword for battling the enemy. 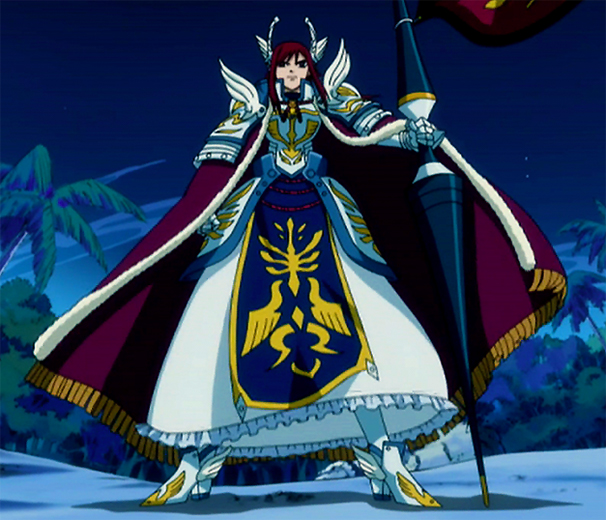 08. Farewell Fairy Tail Armor– Erza uses this more as a ceremonial armor for when one of her guild-mates is about to travel on a tough mission. It is elaborate and celebratory and is used to show her family squad honor. 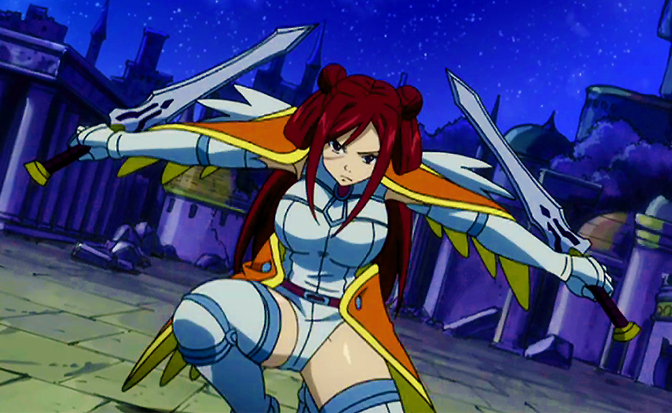 07. Morning Star Armor– The power in this armor is not limited to physical strength but also gives her the ability to fire energy blasts and emit light that can be used to signal an ally or distract an enemy. It also comes with twin swords. 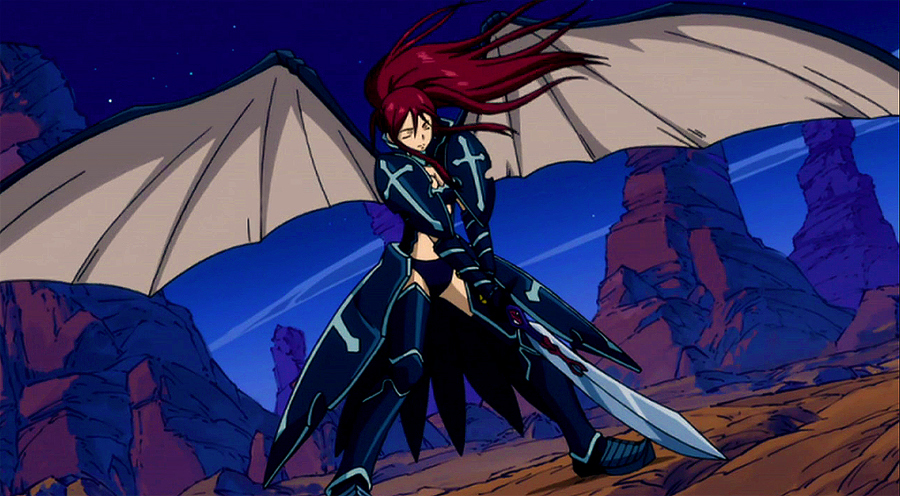 06. Black Wing Armor– When flying comes in handy, Erza uses this armor for airborne combat and increased offensive capabilities. It comes with a sword, ax, and can cast a “Moon Flash” spell that can be used for a strong attack. 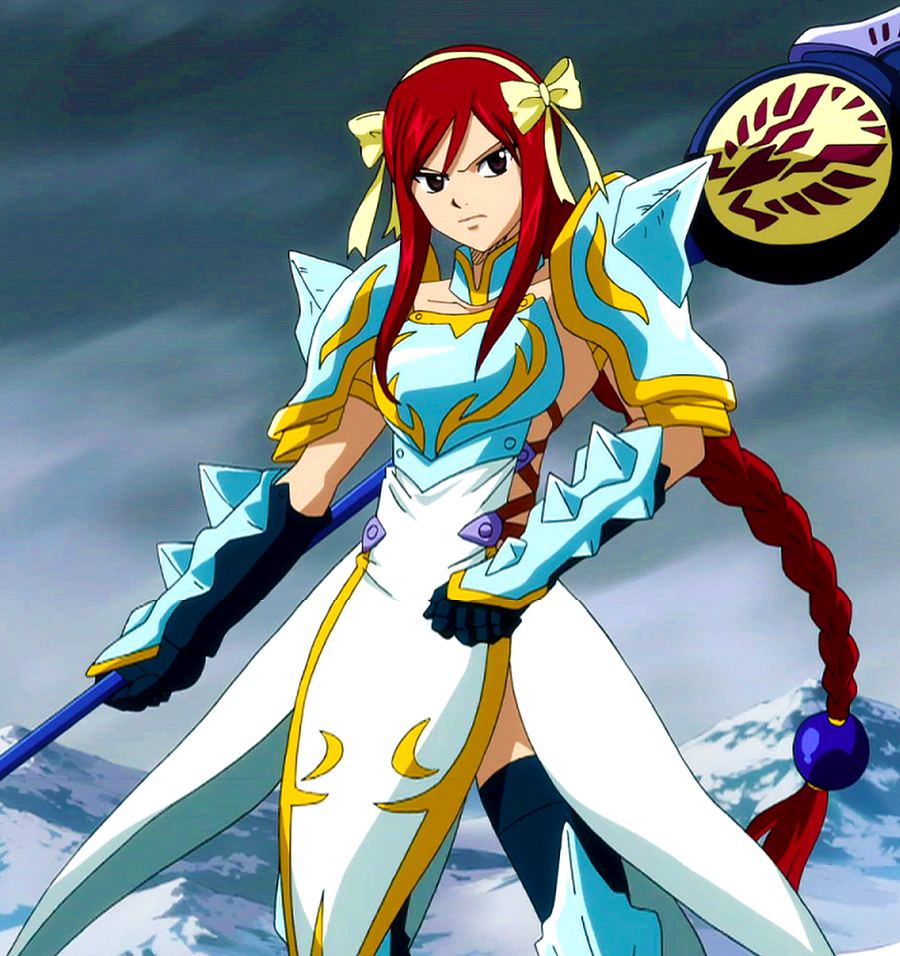 05. Lightning Empress Armor– Adding both resistance to and channeling lightning, this armor has a spear that allows Erza to blast lightning beams and even creating a defensive shield. This one that would change appearance over time, with her back becoming exposed over its various appearances. 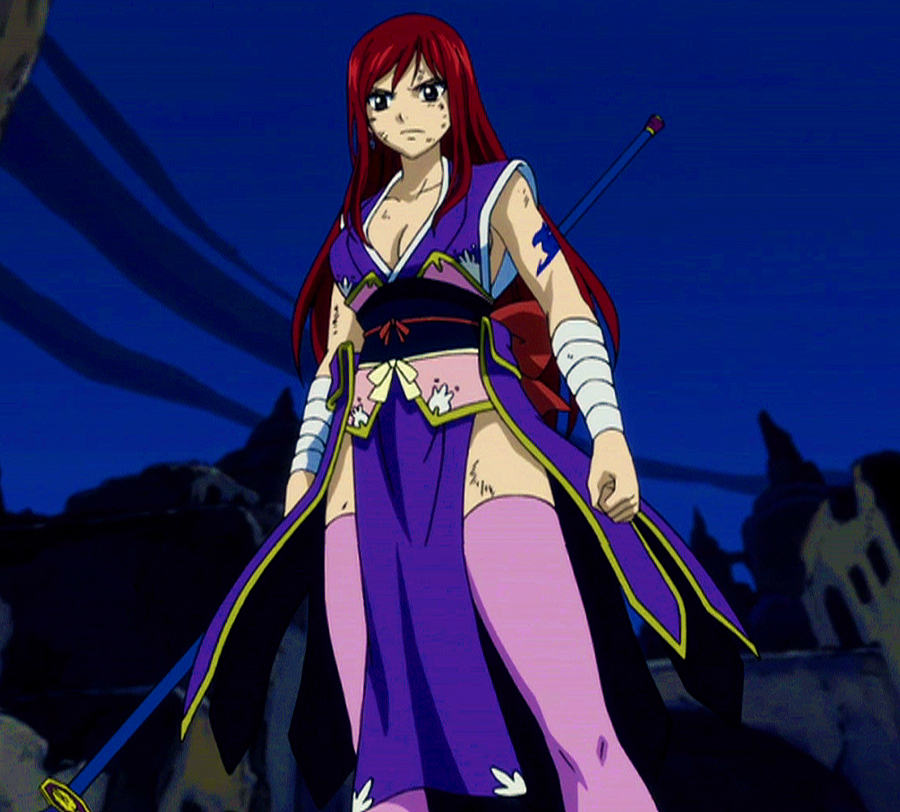 04. Robe of Yūen– Okay, so this is not technically armor. It is a kimono robe that allows for enhanced speed and comes with a powerful ability, making it elastic and pretty much indestructible. It also comes with Bisentō (or a wide spear) that is incredibly powerful. 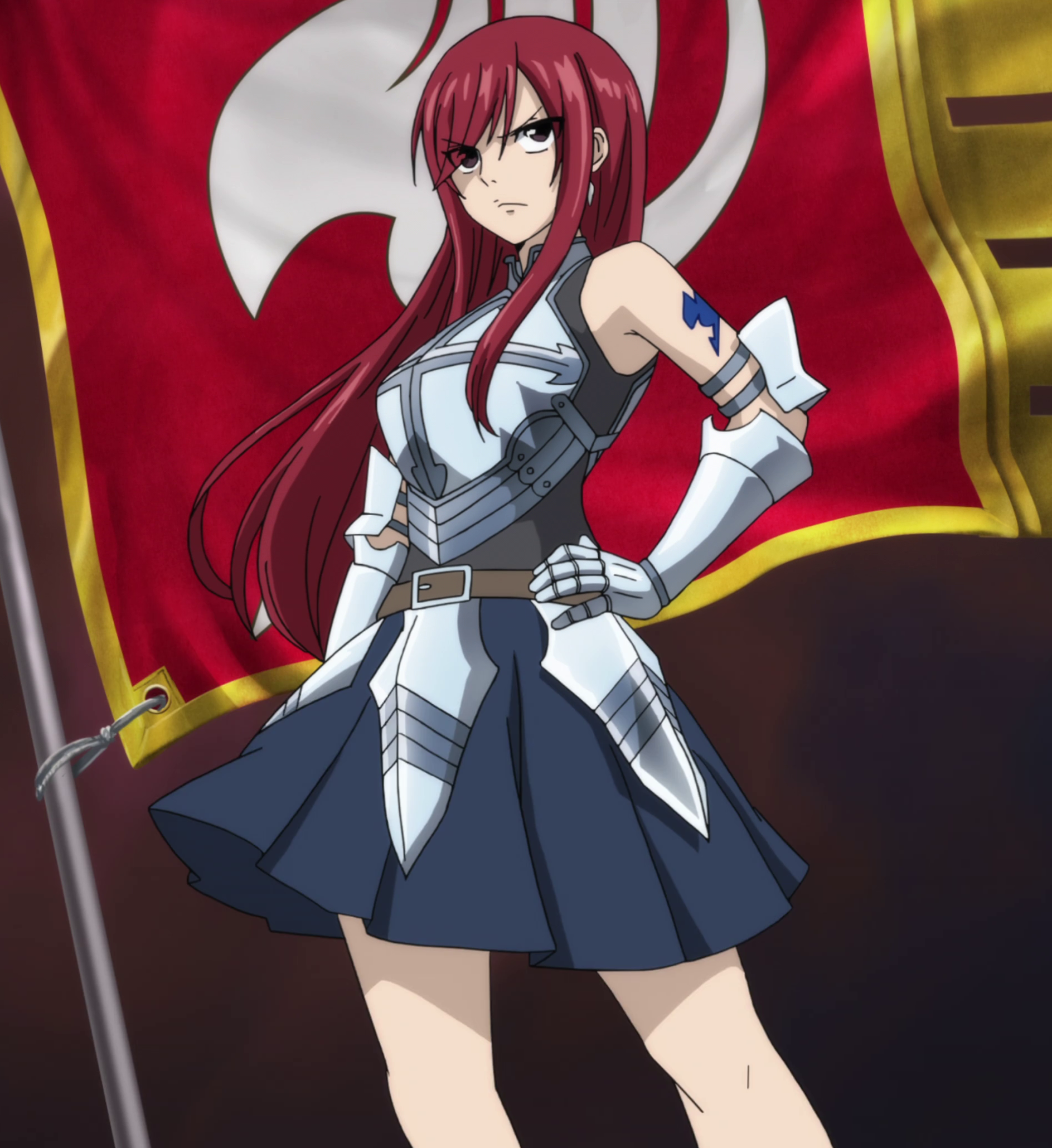 03. Heart Kreuz Armor– This is her standard armor that she wears the most often. It has had four separate models as it got upgraded over the course of the series. It is nearly indestructible and comes with a one-handed sword that she is quite skilled is using during battle. (The one pictured is the fifth model.) 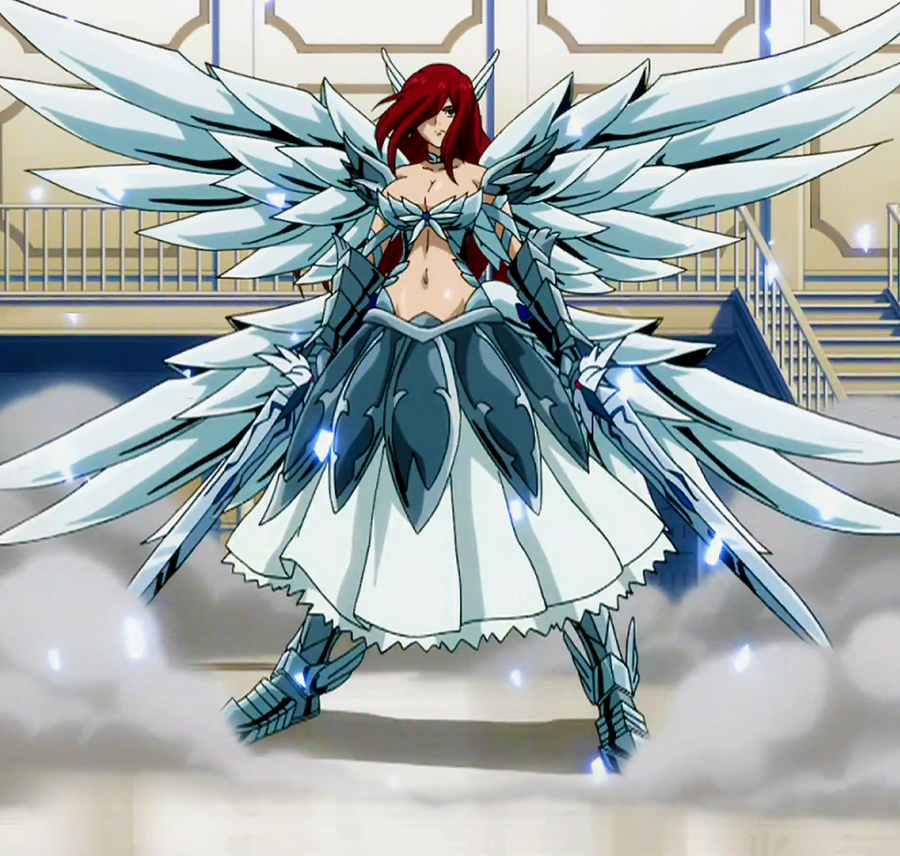 02. Heaven’s Wheel Armor– One of her most frequently used armors, this one allows to fly and call multiple swords that she can either use for dueling or to create missiles. 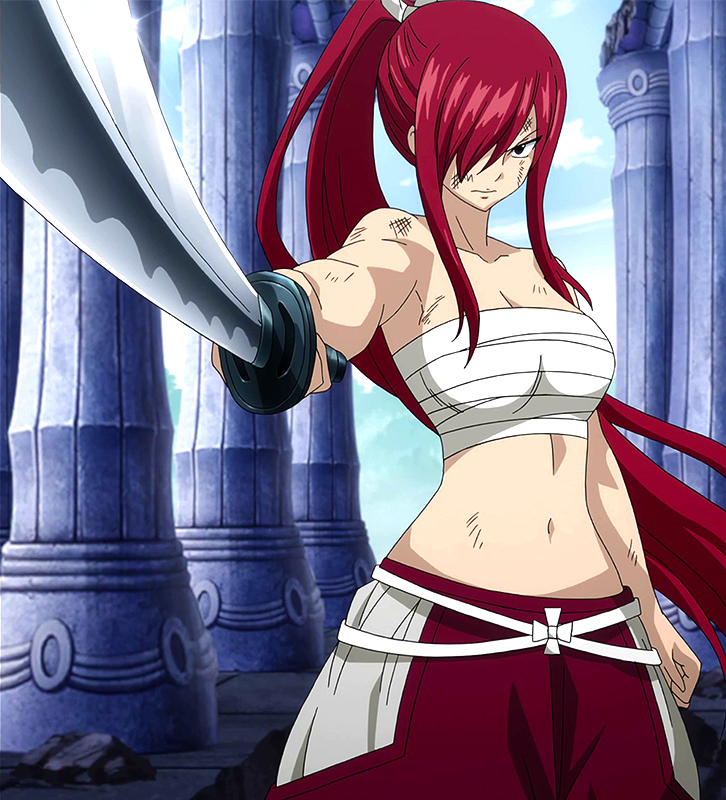 01. Clear Heart Clothing– Again, not exactly an armor, but this one comes with two powerful katanas that she can channel her magic power into, creating the ‘Demon Blade Benizakura.” This gives her an increased edge and it is in this outfit where she seems to break through her limit the most. 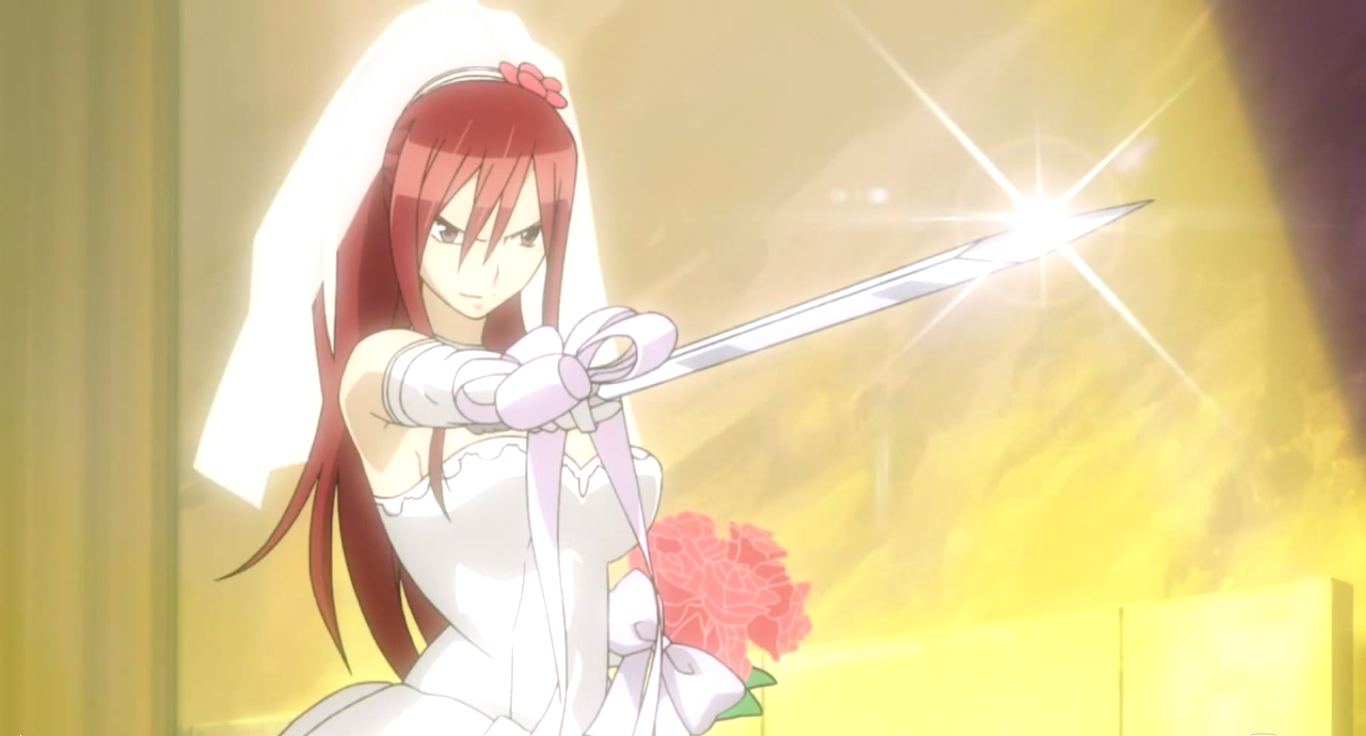 BONUS: Wedding Dress– I just had to throw it in. From Fairy Tail: The Phoenix Priestess, Erza is fighting a wizard who can copy her Requip abilities. Erza activates a wedding dress she had purchased earlier. With this power, she overcomes the enemy who comments that Erza’s desperation for a husband is what made her win, to which the Class-A Wizard blushes and denies the allegation.

What do you think? Let me know in the comments below. Tell me if there is a comic book, movie, or novel you would like me to review. While you are at it, check out my graphic novel review of Smallville Season 11: Detective and my review of Fairy Tale: Dragon Cry. Don’t forget to like, share, and subscribe for more posts like this one.