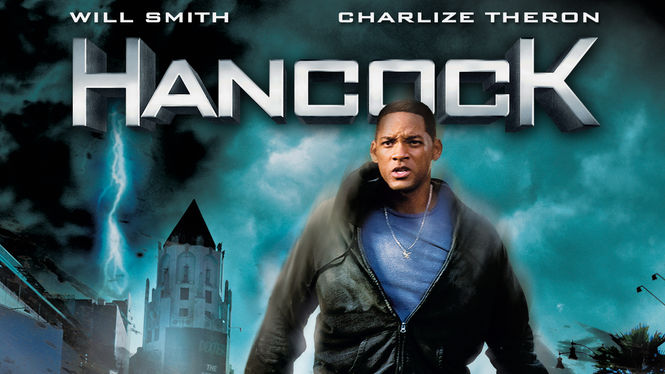 Peter Berg directs this 2008 comedy which is co-produced by Will Smith, who also stars in the film. When it was released by Columbia Pictures and Sony, it was number three at the box-office.

John Hancock (Will Smith) is a superhero living in Los Angeles. He’s not the ideal person to save the day. Even though he stops crime, he is incredibly destructive, causing lives to be endangered, and he is always drunk. However, one day he saves PR representative Ray Embrey (Jason Bateman). Ray feels bad for Hancock and decides to help him reform his image, even introducing him to his wife Mary (Charlize Theron), who seems familiar with Hancock. After briefly serving time in jail, Hancock saves hostages from a bank robber named Red (Eddie Marsan). After the incident, Hancock seems to be losing his powers.

If this movie had starred anyone else besides Will Smith, it would have been a dud. The story has a good starting off point, but as many observed, it kind of missed its opportunity with the climax to deliver. For instance, when the source of Hancock’s weakness is revealed, it felt inconsistent with the amount of pain it was causing the hero. Sometimes he would be seemingly bedridden and other times he would come back as if he was barely hurt. It was those head-scratching moments that made the film’s overall plot less enjoyable. Of course, the CGI is less than par, but it was the early 2000s.

However, it is a hilarious take on the superhero trope. Instead of a hero who is noble from the beginning or one that slowly turns evil, we have a hero who is troubled from the start. We get to see his reformation and how tough that is for him, especially being the only one of his kind. I thought with Will Smith and Jason Bateman’s comedic timing, it added a great mix to the action sequences and some brevity to the more troubling moments.

Bottom line, sure Hancock is flawed with a couple of plot inconsistencies, but overall Peter Berg did a good job keeping the humor consistent and Will Smith delivered on every level. That made it a good time with lots of laughs.

FAVORITE QUOTE: Only thing I had in my pocket was bubble-gum, two movie tickets. Boris Karloff. Uh, Frankenstein. Uh… But no ID, nothing. I went to sign out. The, uh, nurse asked me for my John Hancock. And, uh… I actually thought that’s who I was.

What do you think? Let me know in the comments below. Tell me if there is a comic book, movie, or novel you would like me to review. While you are at it, check out my movie reviews of John Wick and Spirited Away. Don’t forget to like, share, and subscribe for more posts like this one.