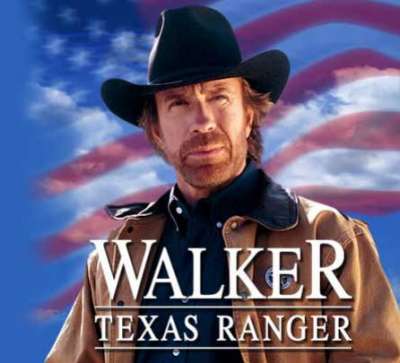 War Zone (Season 2)- The second season relied the most on campy humor and was inferior to the rest of the series. However, this two part episode was about a group of bank robbers who attacked with military precision that killed one ranger and paralyzed another. This time, it was personal.

99th Ranger (Season 4)- Walker encounters an attitude from a Ranger applicant who has a chip on her shoulder and an ex-husband who wants her dead.

The Juggernaut (Season 3)- Alex Cahill (Sheree J. Wilson’s character) takes a group of abused women on a camping trip, but one woman’s ex-boyfriend is coming after them. Can they stop him?

Saturday Night (Final Season)- Walker sends his team undercover in a nightclub whose owner is being harassed by a local mobster.

The Reunion (Season 1)- A group of retired Texas Rangers come together to judge a shooting contest, but a secret white supremacist organization is planning to assassinate a state senator planning to run for governor who is also attending the contest.

The Day of Cleansing (Season 7)- A crossover with Martial Arts series Martial Law starring Sammo Hung, this episode has some great action and fighting from both Hung and Norris.

The Soul of Winter (Season 5)- When a friend’s African-American congregation is under siege by a white supremacist group, Walker must team up with his protege Trent Malloy in stopping them.

The Chairman arc (Final Season)- This plot went over four episodes: The Winds of Change, Lazarus, Turning Point, and Retribution featuring Walker and his team going against the Chairman, a hacker who is doing the dirty work of several crime families. Michael Ironside guest starred as the villain.

Final Justice (Season 3)- Walker takes off his badge when he finds out his parent’s killer is still out there.

Brothers In Arms (Season 6)- Jimmy’s brother Simon is a bitter ex-cop who is now a hitman for a local mob. Jimmy and Walker have the hard duty of stopping him because Jimmy is his next target.

One Riot, One Ranger (Season 1)- This is the pilot of the series that featured Cordell Walker and his new partner Jimmy Trivette (Clarence Gilyard) try to stop a band of murderous bank robbers from pulling off the greatest heist in Texas.

What do you think? What’re your favorite episodes of the hit show? Let me know in the comments below. While you are at it, check out my post on the Official Chuck Norris Facts And Stories. Don’t forget to like, share, and subscribe for more posts like this one.