‘WandaVision’ Review- Good, But Not Enough 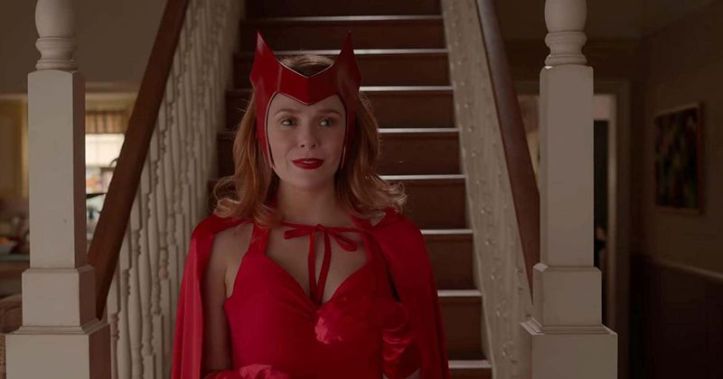 ‘WandaVision‘ is a television miniseries based within the Marvel Cinematic Universe and streamed exclusively on Disney Plus. The show is created by Jac Schaeffer, directed by Matt Shakman, and executive produced by Kevin Feige.

Wanda Maximoff (Elizabeth Olsen) and Vision (Paul Bettany) move to the town of Westview, New Jersey where they live an idyllic sitcom life. Vision works at a computer company, though he is unsure what the company actually does. Wanda dodges the interruptions of the nosy neighbor Agatha (Kathryn Hahn). Things change when Wanda gets pregnant, births twins, and grow ten years with twenty-four hours. This makes Vision suspicious, especially when he encounters the townspeople doing odd things.

The first two episodes were perfect parodies of the sitcoms that inspired them. They were loaded with easter eggs and callbacks to television shows like The Dick Van Dyke Show, I Dream Of Jeanie, Bewitched, and several others. I will say, I do feel by the third episode it got just old, even with the suspicious activity and odd commercials. Fortunately, episode four picked it back up by showing what is happening in the real world. I liked the inclusion of the Darkhold, a mysterious item introduced from the comic books and into the MCU through Agents of SHIELD. As an aside, I felt they did a good job of showing the fallout from the events of Avengers: Endgame.

The acting in the show is superb. The returning MCU characters are all excellent and the show does a good job of evolving them. I will say Darcy was a bit of a puzzle. She is still an astrophysicist from her days in Thor, but she also seems to know about biology and computer hacking. Odd. Of course, I would be remiss if I did not mention Elizabeth Olsen and Paul Bettany. They both did an excellent job returning to their respective roles and it was good to see them return.

I also enjoyed the introduction of Monica Rambeau. Teyonah Parris was the right choice for the role and I am excited for the implications for her future in the MCU. I was disappointed in Hayward. He was just some sort of generic white guy villain that seems to be all the rage in Hollywood these days. He did not seem to have any motivations other than he’s a white guy in authority. It was boring, lazy writing in that regard.

The climax of the series was decent and it wrapped everything up in a tiny bow. It had some emotional resonance, but not quite enough. I wanted more and a better redemption arc for Wanda outside of her delusion failed. They tried to morally justify her actions and it was a fail.

If I was to describe this show, it would be “good, but not good enough.” It certainly did a lot to get me interested in Wanda’s appearance in the Dr. Strange sequel, but I wanted more from the show and its ending. All in all, I did enjoy the show for its creativity, its evolution of Wanda Maximoff, and its clever writing. The good far outweighs the bad and I think you could enjoy it.

What do you think? Let me know in the comments below. Tell me if there is a comic book, movie, or novel you would like me to review. While you are at it, check out my reviews for The Mandalorian season two and Crime Scene: The Vanishing at the Cecil Hotel. Don’t forget to like, share, and subscribe for more posts like this one.