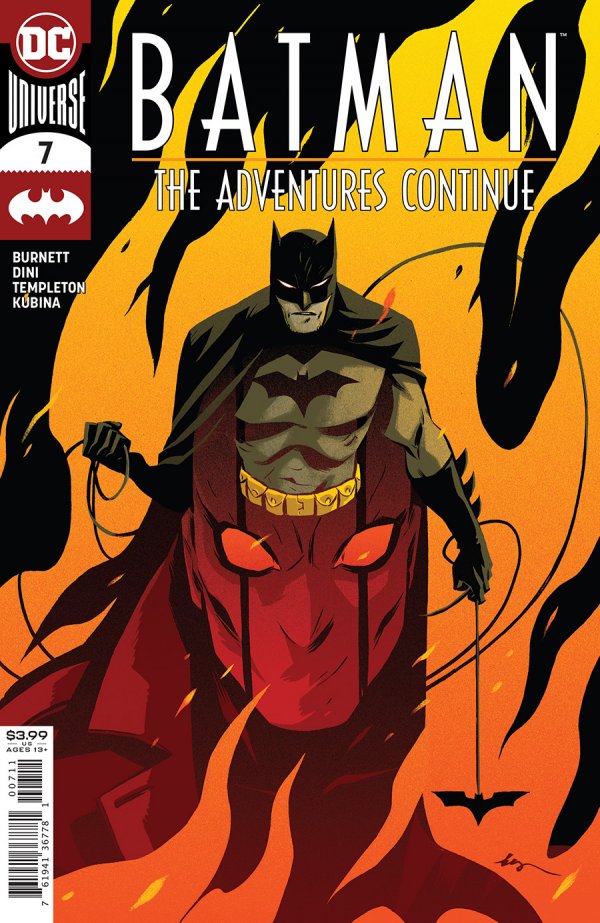 The ‘Red Son Rising’ arc from Batman: The Adventures Continue comes to its conclusion with issue seven. The story was a retelling of Batman’s reunion with his second Robin, who has become the Red Hood.

Jason Todd steals medicine from Dr. Thompson, informing her that he plans of getting revenge on the Joker and paying back Batman for being left behind. However, the Clown Prince of Crime seems to be one step ahead as he leads both Red Hood and the Dark Knight on a destructive chase through Gotham City. Meanwhile, Tim Drake, the current Robin, is being held captive at Red Hood’s hideout, planning on an escape before the Red Hood arrives.

Paul Dini and Alan Burnett are doing better than anything the mainstream DC Comics is pushing out. They tapped into the creativity that helped them turn Batman: TAS into one of the most memorable shows in pop culture. This comic is retelling some of Batman’s history but in a way that is unique. Likewise with the artwork done by artist Ty Templeton and colorist Monica Kubina.

What do you think? Let me know in the comments below. Tell me if there is a comic book, movie, or novel you would like me to review. While you are at it, check out my comic book reviews of Stryde: Underworld and Red Rooster issue 1 Don’t forget to like, share, and subscribe for more posts like this one.