Jean-Paul Valley is the vigilante Azrael. Though there is tension sometimes, he is an ally as Batman and once posed as the Dark Knight when Bruce Wayne’s back was broken by Bane. Though that did not go well, he became an active member of Gotham City’s crimefighters. He has worn several costumes through post-crisis, New 52, and into the multiverse. Here are my Top 10 Jean-Paul Valley Costumes:

In an alternate universe, Jean-Paul Valley defeated Bruce Wayne for the mantle of Batman. He slowly weakened Bruce and took full control of Gotham City using techniques he learned as a knight of the Order of Saint Dumas.

While I was not a fan of Curse of the White Knight, Sean Gordon Murphy’s redesign of Azrael’s look was pretty cool. 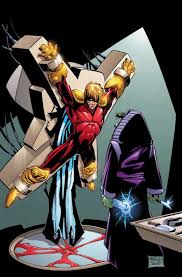 After being reinstated into the Batman Family, Azrael donned a new costume before his final battle and the last issue of his series.

Jean-Paul Valley wore this costume during the No Man’s Land incident while helping his friends restore order to Gotham City. 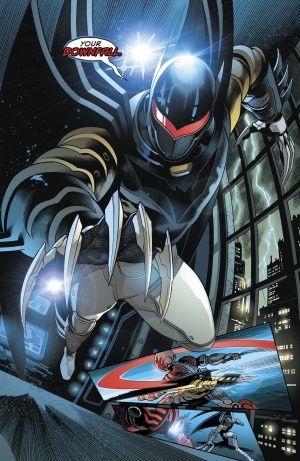 When the Order of Saint Dumas try to reactivate Jean Paul Valley’s Azrael programming, his ally Bat-Wing designs him a new outfit to help him resist their grip.

While still working for the Order of Saint Dumas, he used an ancient armor to help him in his battle with Batman before they became allies. 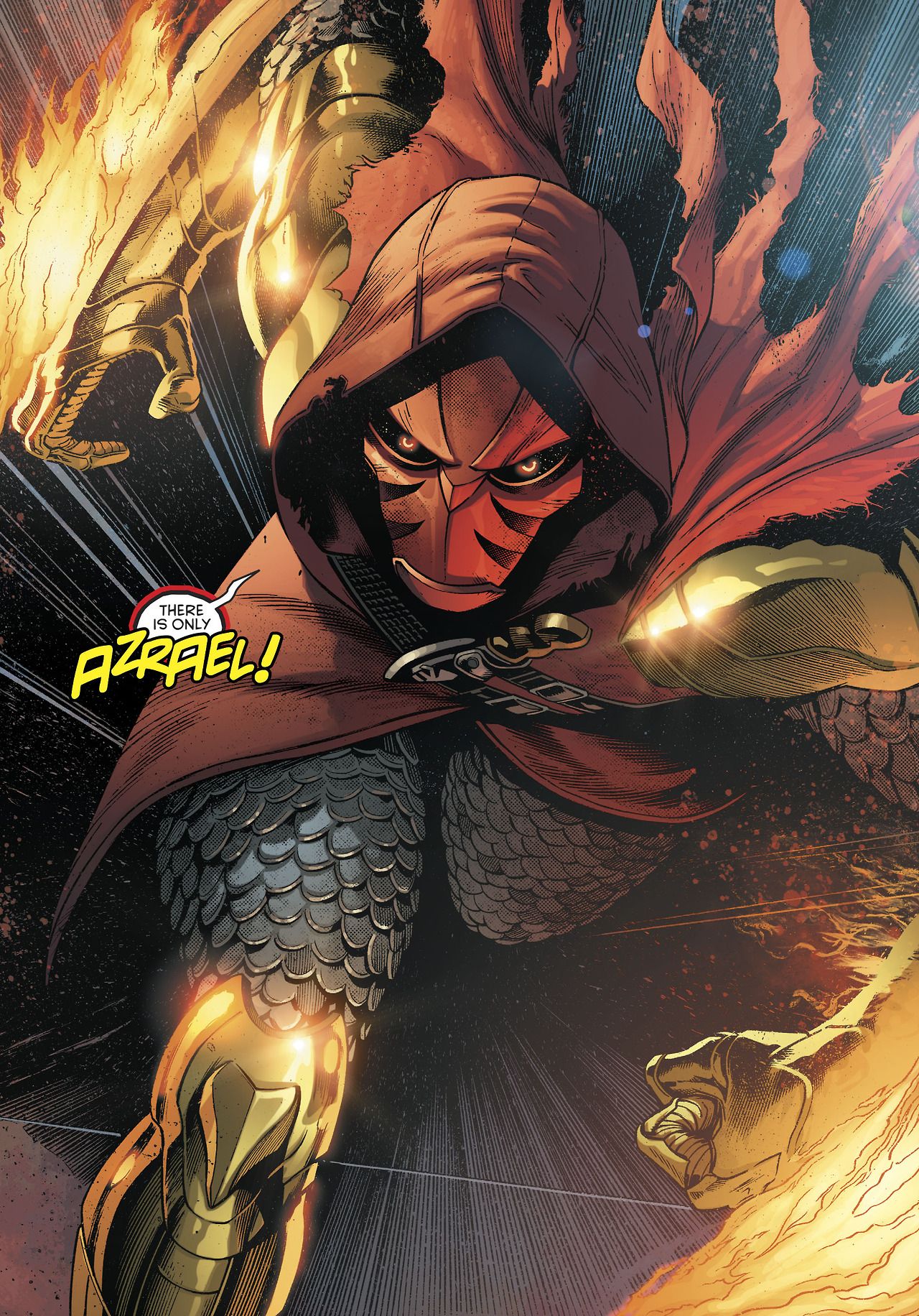 Azrael kicked some major bad guy butt with this variant of his traditional outfit.

The third version of his armor was used in Jean’s final battle with Bruce Wayne, where the original Dark Knight took his mantle back.

Azrael made his premier in the DCAU adjacent Batman: The Adventures Continue where he was shown to be an old acquaintance of Bruce’s. 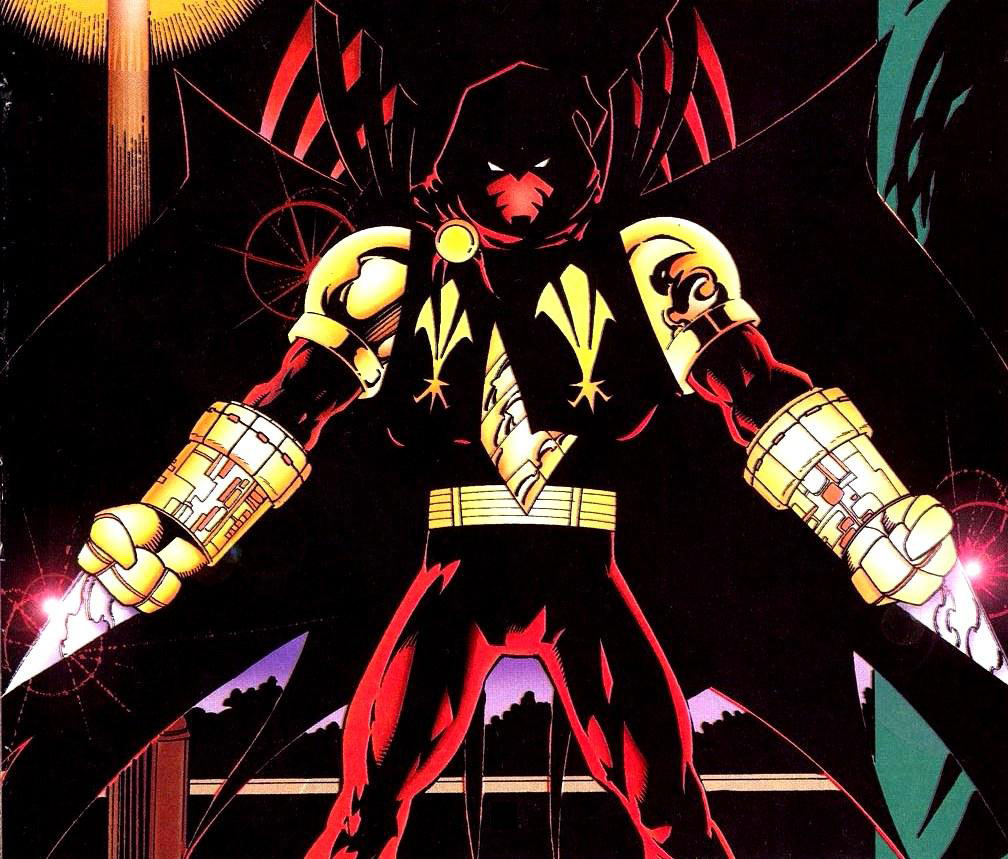 Armed with gauntlets and fire, Azrael challenged Batman for supremacy in Gotham City. However, when Azrael saw Batman’s compassion for the innocent and sided with him. 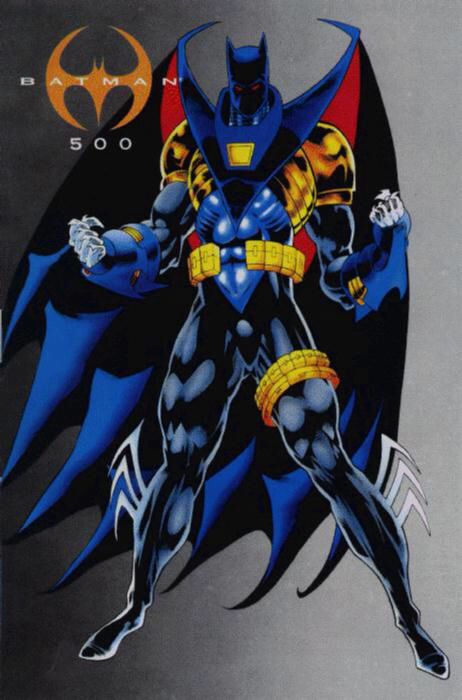 Jean took a darker tone as Batman, culminating in a brutal reign of terror that led to civilians being put in danger. Before long, he was speaking to a figment of his imagination in the form of Saint Dumas. It was not too long before Batman returned to Gotham City and retook the mantle.

What do you think? Let me know in the comments below. Tell me if there is a comic book, movie, or novel you would like me to review. While you are at it, check out my Top 10 costumes for Jason Todd and Tim Drake. Don’t forget to like, share, and subscribe for more posts like this one.