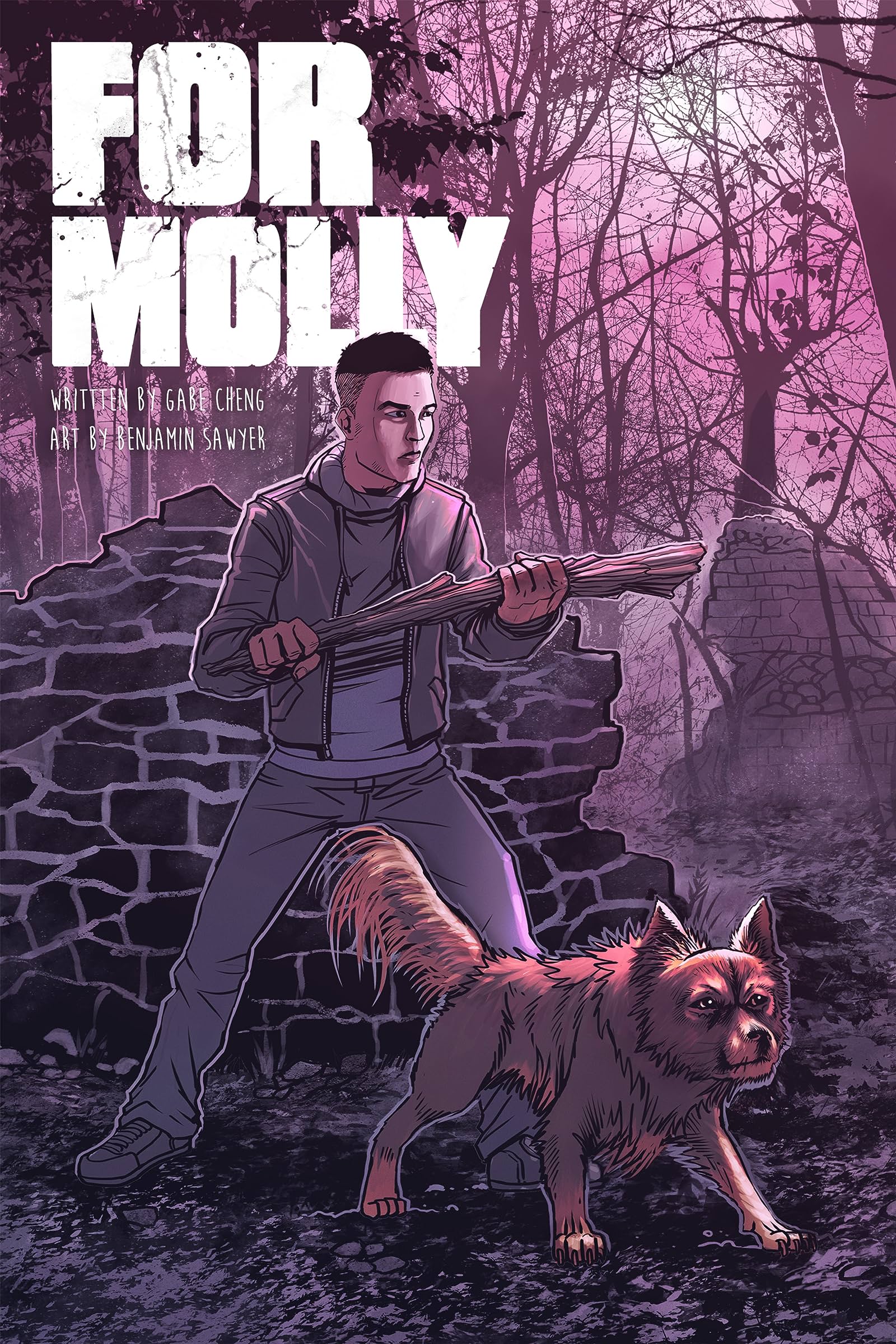 For Molly Chapter Two is an indie comic book sequel written and created by Gabe Cheng featuring art by Benjamin Sawyer. It was published after a successful crowdfunding campaign.

Following chapter one, Greg is on the run with Molly, a rebel from a tribe of dogs that continue to protect a truce that was made between canines and humans. Greg’s sister Ava is part of an alliance of humans and dogs, acting as a medical expert for them. A group of humans want to capture the dogs, but their human allies will not let that happen. Meanwhile, Greg and Molly are being hunted by her old pack who consider her an outcast.

I got to meet Gabe Cheng at a comic con in 2019 and he sold me on his vision for his story. I purchased chapter one and though I am late to the game, I bought a special edition of chapter two. It is an excellent continuation that has a dynamite story and incredible artwork to boot. The world-building is especially top-notch and I think good things are to come.

What do you think? Let me know in the comments below. Tell me if there is a comic book, movie, or novel you would like me to review. While you are at it, check out my reviews of Marvel Comics ‘Symbiote Spider-Man‘ and IDW Publishing Transformers: Punishment. Don’t forget to like, share, and subscribe for more posts like this one.