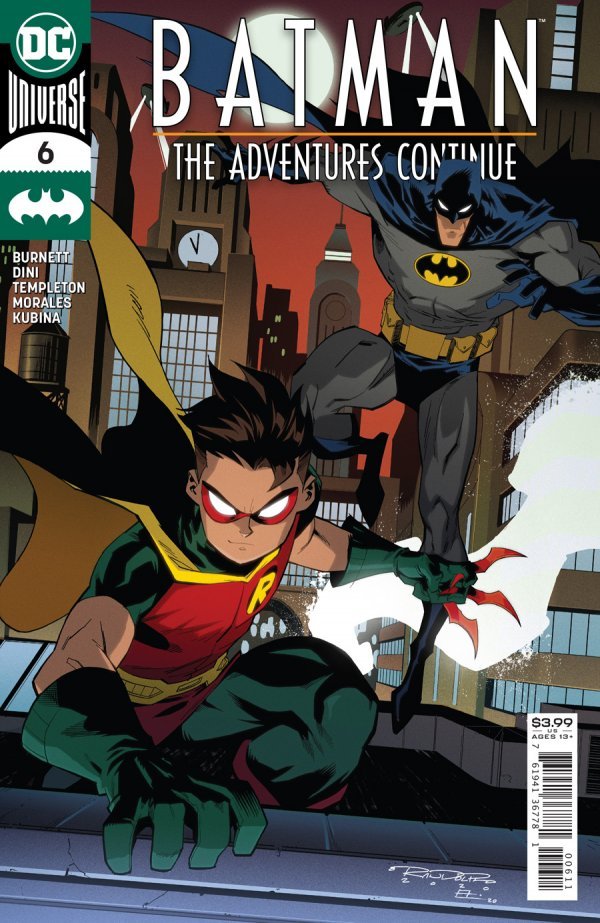 The dynamic duo of Paul Dini and Alan Burnett along with artist Ty Templeton and colorist Monica Kubina bring us Batman: The Adventures Continue issue six, continuing the story of Jason Todd.

Batman continues to search the streets of Gotham City for the Red Hood, visiting his old friend Leslie Thompkins. Meanwhile, Alfred tells the tragic story of Jason Todd as Robin to Tim Drake. After separating from Batman, Todd goes on a rampage through Gotham City, culminating in him falling into a deadly trap set by the Joker and Harley Quinn. As Batman scours Gotham City for Robin, he races against time before it is too late.

The artwork and the story meld well together. The only thing I was not pleased with was Batman and Leslie having tension. The good doctor is usually a voice of reason, so I find it hard to believe she would let petty scabbles get between them. However, I did like the Joker’s involvement and how the tension builds as they put a new spin on this classic tale.

What do you think? Let me know in the comments below. Tell me if there is a comic book, movie, or novel you would like me to review. While you are at it, check out my comic book reviews of the first issue of ‘Kamen America Volume 2: The Founding Fighters’ and ‘Arkham Manor.’ Don’t forget to like, share, and subscribe for more posts like this one.