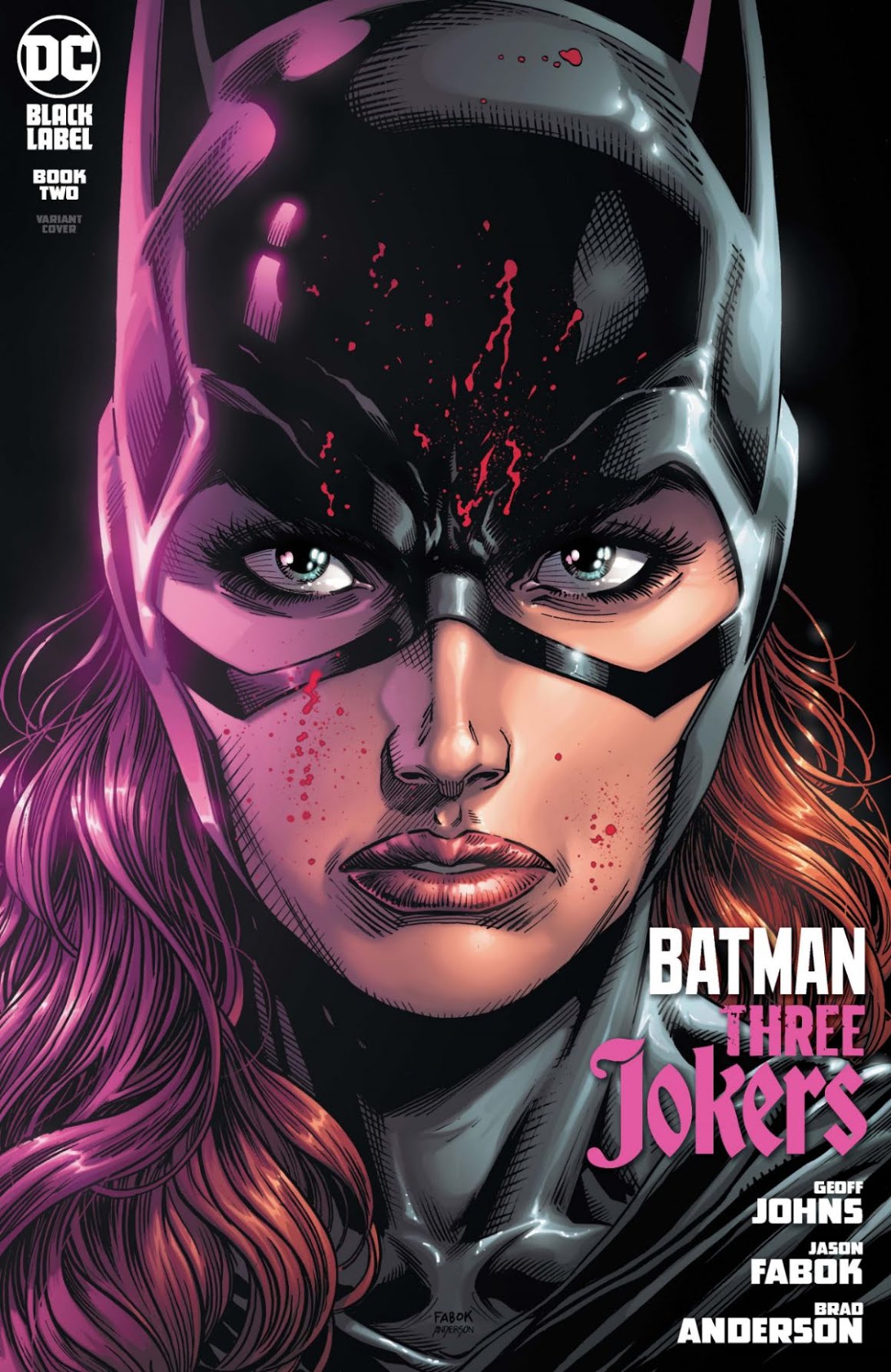 “Batman: Three Jokers” continues with book 2, written by Geoff Johns with art by Jason Fabok and Brad Anderson. It was released under the DC Comics’ Black Label imprint.

After Batgirl informs Batman that the Red Hood executed one of the Jokers, she wants to confront, but Bruce Wayne wants to continue the investigation. The two remaining Jokers argue about tactics and goals, but soon they lead Red Hood into a deadly trap. The Dark Knight races against time to try and save Jason, hoping that this time he will be able to succeed where he once failed. Meanwhile, the Jokers have a plan for replacing the one Clown Prince of Crime that they lost.

Similar to the first one, the artwork is spot on. There’s a particular sequence where the two Jokers are torturing Jason Todd and it is equally terrifying as it is emotional. There is a lot of retrospection in this story. As the Joker causes chaos, Batman explains his regret over how he handled Jason Todd’s death and return, while also praising Batgirl for her ability to bounce back. The distinction between the trauma they suffered and how they dealt with it is impeccably examined.

While I am not clear with how this story will end, it is an interesting perspective on the Batman Family’s battles with the Joker and how they impact Gotham City.

What do you think? Let me know in the comments below. Tell me if there is a comic book, movie, or novel you would like me to review. While you are at it, check out my reviews of Stryde: Underworld and Black Hops: Hare Trigger. Don’t forget to like, share, and subscribe for more posts like this one.