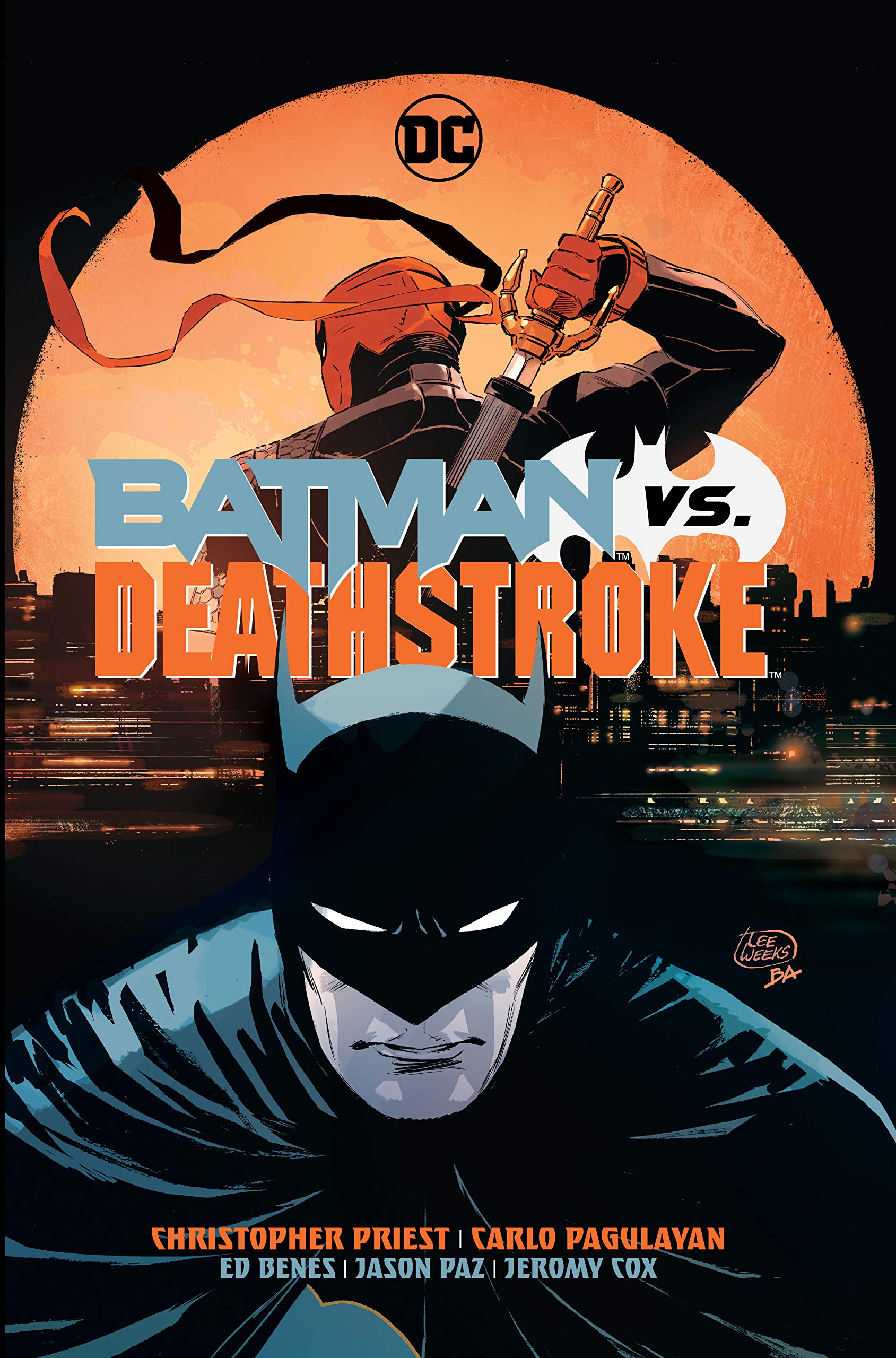 The Dark Knight is heading to a clash with the Elite Mercenary in Batman Vs. Deathstroke from DC Comics. It is collected from the 2016 Deathstroke series written by Christopher Priest with art from Ed Benes, Jason Paz, Carlo Pagulayan, and an epic cover for the graphic novel by Lee Weeks.

After helping Commissioner Gordon solve a crime in Gotham, Batman is given a mysterious envelope that reveals that his son Damian Wayne is not his, but actually belongs to Slade Wilson aka Deathstroke. Batman then “cancels” all of Deathstroke’s contracts, angering the assassin. The two world-class fighters clash as a confused Damian even begins to doubt his origins. Meanwhile, Talia al Ghul waits in the wings as the World’s Greatest Detective and the World’s Greatest Assassin head to an epic showdown.

The artwork team does an incredible job with the illustrations and designs. Batman and Deathstroke’s battle sequences are very cool and do a good job showing the two characters’ distinct fighting styles. Tim Drake had a couple of cameos and I thought his design was well done. Their battle scenes were probably the best part of the artwork, particularly the final showdown is particularly drawn with excellence.

As for the story, the overall plot was pretty good. Since this was collected from Deathstroke’s solo series, Slade is the primary focus and his growing agitation with Batman trying to stop his contracts. Priest is a very good writer and this tale definitely shines. Now, I do think it had way too much “science” in the conversations. These could have been cut to reflect and focus more on the growing competition between the two rival dads. That is just my opinion, but outside of that, Christopher Priest weaves an excellent tale.

What do you think? Let me know in the comments below. Tell me if there is a comic book, movie, or novel you would like me to review. While you are at it, check out my comic book reviews of Ravage: Kill All Men Redux issue 1 and Creature Tech. Don’t forget to like, share, and subscribe for more posts like this one.