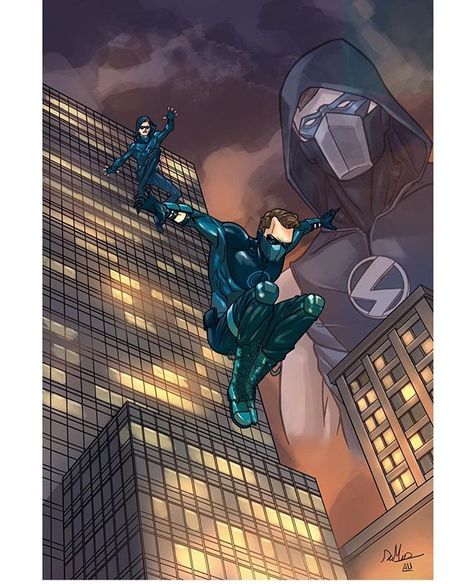 Vincent Patterson is forced to push drugs for his father who is a low-level dealer. One day, while running from the cops, he stumbles on the vigilante Cobalt beating a man who was threatening some women. Vincent pursues him and because of his persistence, Cobalt agrees to train the kid and take him under his wing.

With mainstream comic books floundering, indie comic books are where it is at, and this one-shot prelude proves it. It is a well-written, if short, adventure involving a superhero who takes a ward to teach about crimefighting. I enjoyed the story a great deal and I also thought the artwork complemented the plot.

It is no small feat to bring together a successful crowdfunding campaign and this one shows how strong the team behind it worked to get it together. I applaud them for putting out this quality comic book.

What do you think? Let me know in the comments below. Tell me if there is a comic book, movie, or novel you would like me to review. While you are at it, check out my comic book reviews of Ravage- Kill All Men Redux and Black and White Volume 1. Don’t forget to like, share, and subscribe for more posts like this one.