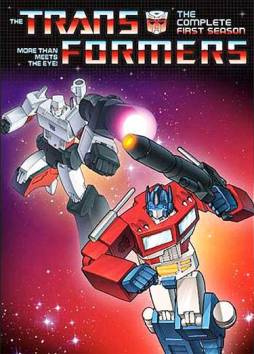 Ah, the 80s! Kids everywhere would wake up and watch their favorite Saturday morning cartoons! More importantly, they would wait to hear their favorite theme songs come on to introduce these shows. From traveling to Grayskull to Cybertron back to Earth and beyond! Here Are My Top 10 Best 80s Saturday Morning Cartoon Intros:

Honorable Mention: Jem And The Holograms

This captured the spirit of how music was changing in the 80s and the theme song grabs you with that. Glitter. Glam. Glamorous. Not to mention a little bit of science fiction.

The hero who is always after the villainous Claw, but cannot quite catch him even working with the amount of technology, a savvy niece, and a dog who can play charades.

On Third Earth, humanoid Cats band together with magic to battle the evil Mutants of Plun-Darr who have devastated their fleet.

Princess Adora battles the tyrannical rule of Hordak and the Evil Horde and leading the Great Rebellion. Instead of catchy lyrics, this song opens with a narration from the main character who can turn her horse into an epic pegasus.

06. He-Man And The Masters of the Universe

Prince Adam has a mystical sword that allows him to battle the evil forces of Skeletor with his pet Battle Cat.

Before the Justice League came to television, there was the Super Friends. Aquaman, Batman, Robin, Superman, Wonder Woman, and the Wonder Twins work to stop villains and their dastardly plots.

Duke, Scarlet, and Snake-Eyes battle Cobra Commander, the Baronness, Storm Shadow, and Destro along with their hordes of Cobra agents who are ready to take over the world.

04. Spider-Man And His Amazing Friends

The Turtles in the Half-Shell were redefined by the show, which took them out of the grim and gritty setting and into some cartoonish battles with their nemesis Shredder.

“The Autobots wage their battle to destroy the evil forces of the Decepticons.” This geared-up every science fiction fan up for a spectacular battle between Optimus Prime and Megatron.

Scrooge McDuck, his nephews, and their friend Webby crash into adventures with their pilot Launchpad. From the opening line, “Life is like a hurricane…” we are primed for adventure.

What do you think? Let me know in the comments below. Tell me if there is a comic book, movie, or novel you would like me to review. While you are at it, check out my Top 10 Best Sonic The Hedgehog Songs. Don’t forget to like, share, and subscribe for more posts like this one.