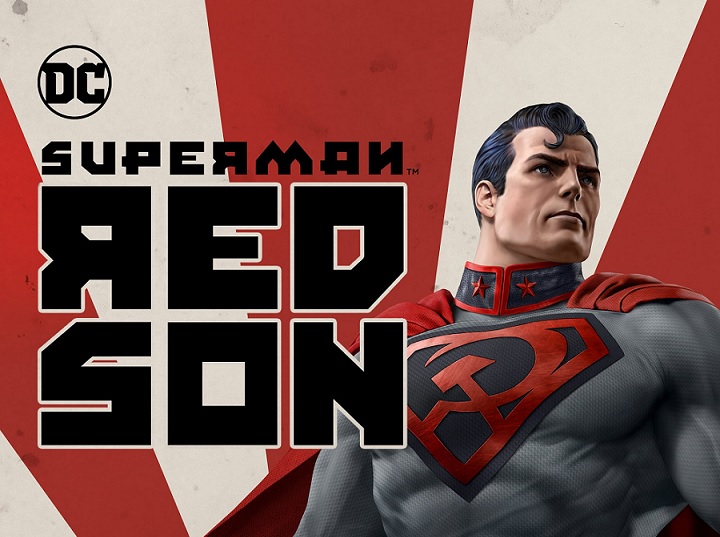 Based on the Elseworld comic book by Mark Millar from DC Comics, ‘Superman: Red Son’ is directed by Sam Liu and gives an alternate take on the Man of Steel who landed in the Soviet Union instead of Smallville, Kansas.

Superman (Jason Isaacs) rises to power, becoming a propaganda tool for the Soviet Union. Lex Luthor (Diedrich Bader) and Lois Lane (Amy Acker) work in the United States to try and find a way to resist him with the help of James Olsen (Phil Morris). At first, Superman plays along with the USSR, but after Lois shows a report of gulags and he confirms it, Superman kills Joseph Stalin (William Salyers) and takes command. He stops Brainiac (Paul Williams) and his invasion, puts an end to an American clone named Superior Man (Travis Willingham), forges an alliance with Wonder Woman (Vanessa Marshall), and crushes any resistance through a lobotomy of the offender. As the years pass, Superman grows frustrated with Luthor’s refusal to admit defeat and encounters resistance at the hands of Batman (Roger Craig Smith) who kidnaps Wonder Woman and finds a weakness for Superman. This forces the Man of Steel to reconsider how he is running his empire.

The animation and the voice talents are the best part of the film. Warner Bros. Animation puts its top animators and all do an excellent job with the character designs as well as the cityscapes. My favorite sequence is the battle with Superior Man. It is probably the best fight scene in the movie and is impressively done. Likewise, the voice actors all do an impressive job with their characters, especially Jason Isaacs as Superman.

However, the plot did not impress me. While the original story had some very inquisitive commentary, this one took the opportunity to shoot opportunistic potshots at our conception of Superman and what he stands for, not to mention sniping at patriotism. As Superior Man thunders into Moscow to fight Superman, he shouts, “I am truth, justice, and the American way” clearly mocking Christopher Reeves’ famous line in the Superman film from 1978. He also screams, “America First” a cringe-worthy moment that made you roll your eyes.

This writing is beneath the filmmakers and it was not even a correct adaption of the characters. When the American clone attacks the Soviet Superman, he takes great care to not harm civilians and even sacrifices himself to stop a nuclear bomb from igniting. He certainly was not the one shouting platitudes.

Also, they severely overdid the third wave feminist with Wonder Woman. The original graphic novel did make some social commentary, but the movie packed it in, even having her give some boring speech about “man’s world” that interrupts Superman’s battle with Green Lantern. In the graphic novel, Wonder Woman forges an alliance with the United States, bitter at Superman for causing her to break her lasso.

These changes really undercut the story of Superman: Red Son, turning it into a tale that takes pot-shots at the legacy of the Man of Steel, instead of giving the introspective “what if” Mark Millar wrote for us in 2003. In fact, the only sequence properly adapted was with Batman. Fortunately, that part was done right.

Bottom line, with Superman: Red Son, the talent is clearly there technically and with the actors and actresses, but it fails to adapt the comic book miniseries spectacularly, sacrificing creativity for platitudes.

FAVORITE QUOTE: You think you’re going to stop me, Batman.

What do you think? Let me know in the comments below. Tell me if there is a comic book, movie, or novel you would like me to review. While you are at it, check out my movie reviews of Bumblebee and Justice League Dark: Apokolips War. Don’t forget to like, share, and subscribe for more posts like this one.