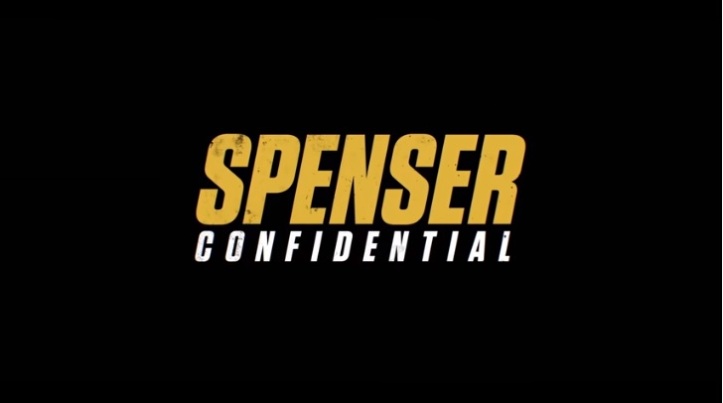 Mark Wahlberg co-produces and stars in ‘Spencer Confidential,’ a Netflix action-comedy based on a fictional novel by author Ace Atkins. Peter Berg takes over the director’s chair, making this his fifth collaboration with Wahlberg.

Former Boston police officer Spenser (Mark Wahlberg) gets out of prison after serving five years for assaulting his superior Captain John Boylan (Michael Gaston). He reconnects with his old friend Henry Cimoli (Alan Arkin) and his ex-girlfriend Cissy Davis (Iliza Shlesinger). Spenser starts working at Cimoli’s fight gym training Hawk (Winston Duke), who is also his roommate. When Boylan is murdered and an innocent man blamed for the crime, Spenser reconnects with his old partner Driscoll (Bokeem Woodbine) to try to figure out the conspiracy. However, it is a hint from one of Spenser’s old prison inmates, Squeeb (Austin Post) who gives him the word, “Wonderland.”

There are so many Boston accents in this film. While I know it takes place there, it did get a little comical hearing main characters, secondary characters, and even extras have such a thick accent. That being said, the scenery is beautiful. It is truly a lovely city and a good venue for the action taking place.

The plot is a little messy. There is so much going that it feels a little disjointed. We go from Spenser’s release from prison to a murder to a vast conspiracy that plagues the city. It moves at breakneck speed with a few scenes that seemed unnecessary to the overall plot. Also, Wahlberg and Shlesinger have no chemistry. She plays a crazy ex-girlfriend, so it disguises it, but their relationship is too much in the movie.

That being said, the movie is a lot of fun. It is perfect for sitting back on the couch with some popcorn and enjoying the insane action that takes place before you. It is also genuinely funny with a lot of action-packed moments to bring chuckles and laughs as Wahlberg causes chaos all over Greater Boston. The thrills, drive, and speed keep you interested all the way till the climax.

Speaking of which, Wahlberg is excellent in the movie. This is the kind of action film you enjoy seeing him. Unlike a lot of recent action flicks, it gives him good character development. While some of the support characters lack depth, they provide a good balance to Spenser. Duke is also good in the flick. His character of Hawk is a perfect contrast to Spenser and provides a lot of good dialogue to the movie.

Bottom line, Spencer Confidential does not have a lot of depth and is slightly disjointed, but it is a fun, enjoyable action flick. Wahlberg is at the top of his game and provides ample humor for the action-packed thrill ride.

FAVORITE QUOTE: I thought you knew how to punch.

What do you think? Let me know in the comments below. Tell me if there is a comic book, movie, or novel you would like me to review. While you are at it, check out my movie reviews of The Last Thing He Wanted and Color Out Of Space. Don’t forget to like, share, and subscribe for more posts like this one.