Director Matt Reeves has cast actor Robert Pattinson to don the cape and cowl for the upcoming film The Batman. While plot details have been sketchy, it is said that it will feature multiple villains. As Pattinson prepares for the role, it never hurts to do a little research to get a full grasp of Bruce Wayne as the Dark Knight. Here Are Ten Graphic Novels Robert Pattison Needs To Read For Batman Prep:

Batman: Year One– The Post-Crisis origin for the Batman is told by Frank Miller. It is a dark journey as Batman fights the Gotham City mafia with the aid of Commissioner Gordon.

Haunted Knight– The Joker, Mad Hatter, and Scarecrow are running loose in the city and only Batman can stop them.

Ten Nights Of The Beast– Batman faces off against a Soviet spy known as The Beast. Told with the backdrop of the Cold War, Batman and Robin face a dark enemy who seems to be stronger than the Caped Crusader.

Under The Red Hood– Black Mask’s gang is up against the Red Hood, who is taking over crime in Gotham. Batman is at a loss as this new villain seems to know his every move.

The Long Halloween– The mysterious Holiday Killer is loose in Gotham City. Starting on Halloween, the Falcone Crime Family is being eliminated every holiday as Batman, DA Harvey Dent, and Jim Gordon race against time to stop the unknown murderer.

Broken City– This is a noir-style tale of Batman trying to solve the murder of a Gotham citizen. The tale takes him deep into the streets and up against some of his most powerful foes.

Hush– When one of Bruce Wayne’s best friends is murdered, he dons the mask to search for the killer calling himself Hush, a deadly new villain. 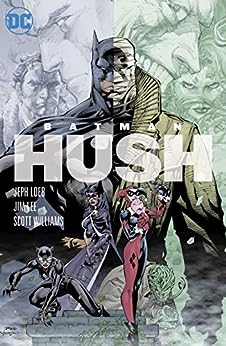 The Dark Prince Charming– Bruce Wayne is accused of fathering a daughter by a Gotham waitress. When she is kidnapped by the Joker, Batman has to race against the clock to save her.

Arkham Asylum: A Serious House On Earth– The Arkhman patients have taken over the facility and taken hostages, however, they say they will release them if Batman joins them. When the Caped Crusader arrives, chaos ensues.

Going Sane– The Joker thinks he has killed Batman and he… turns normal? It’s a deep dive into the Joker’s psyche.

What do you think? Let me know in the comments below. Tell me if there is a comic book, movie, or novel you would like me to review. While you are at it, check out my review for Superman: Year One Book 3 and my Ten Questions Dragon Ball Super Left Unanswered. Don’t forget to like, share, and subscribe for more posts like this one.