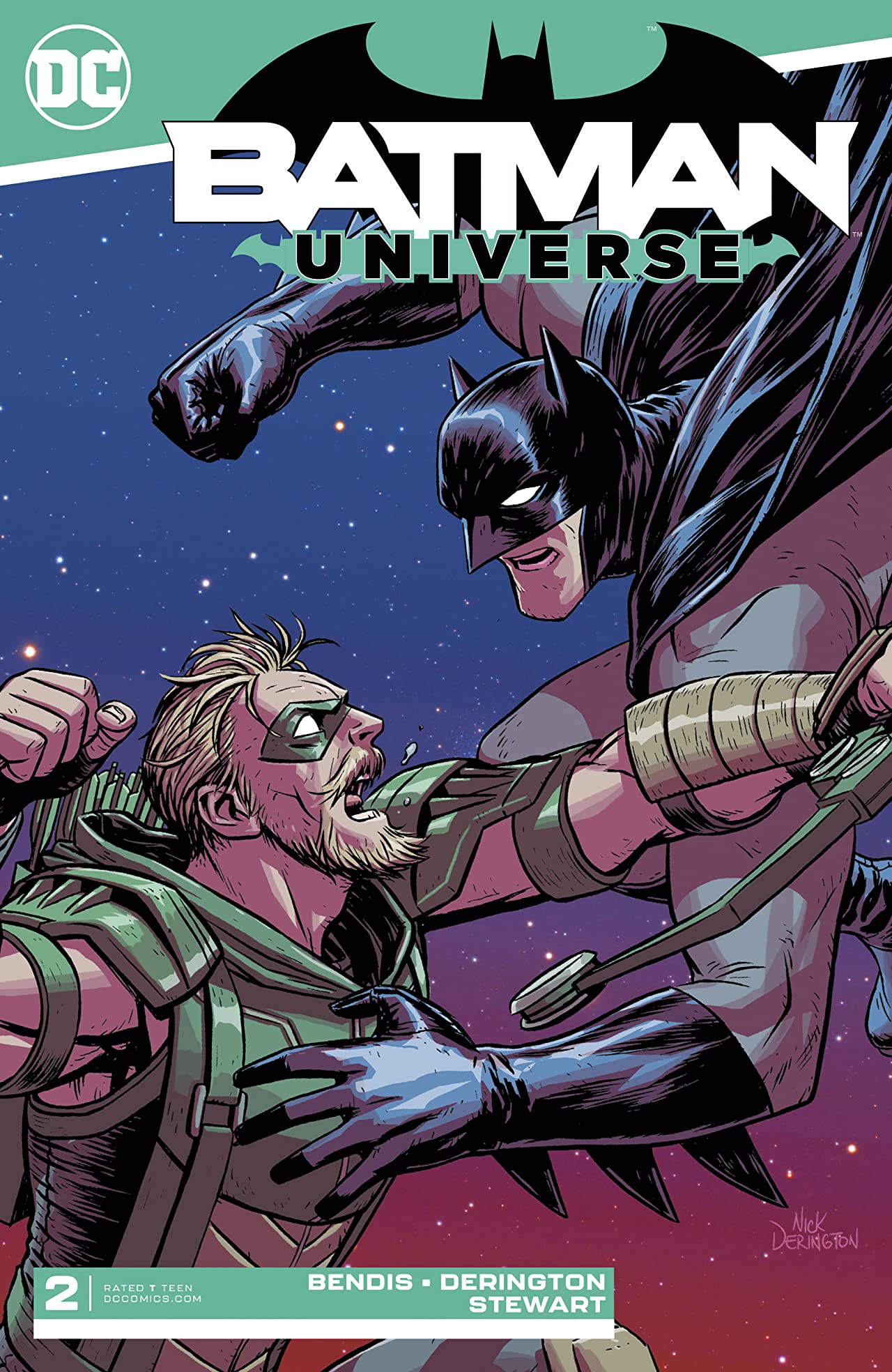 Batman Universe is a new DC Comics series written by comic book veteran Brian Michael Bendis and drawn by artist Nick Derington. It takes Batman out of the mean streets of Gotham and traveling around.

Picking up after issue one, Batman is teaming up with fellow Justice League member Green Arrow to track down the Riddler who stole a mysterious jeweled egg from the Gotham City museum. Tracking him to Amsterdam, the unlikely teammates chase him down. Before they can grab him, the Riddler sprays Green Arrow with a toxin that makes him go wild. He targets Batman and the two are forced to battle each other.

It is good to see Batman in detective mode and facing off against the incredibly overrated Green Arrow. I will not spoil the fight, but I did enjoy it. Bendis is off to a great start with this series. While it is somewhat of a standard Batman adventure, nothing explosive, I am pleased that Bendis is dropping the menacing Dark Knight that a lot of modern writers try to impose on Bruce Wayne.

What do you think? Let me know in the comments below. Tell me if there is a comic book, movie, or novel you would like me to review. While you are at it, check out my movie review of the Netflix thriller Secret Obsession and my Top 10 Comic Book Writers To Take Over ‘Batman’ After Tom King. Don’t forget to like, share, and subscribe for more posts like this one.