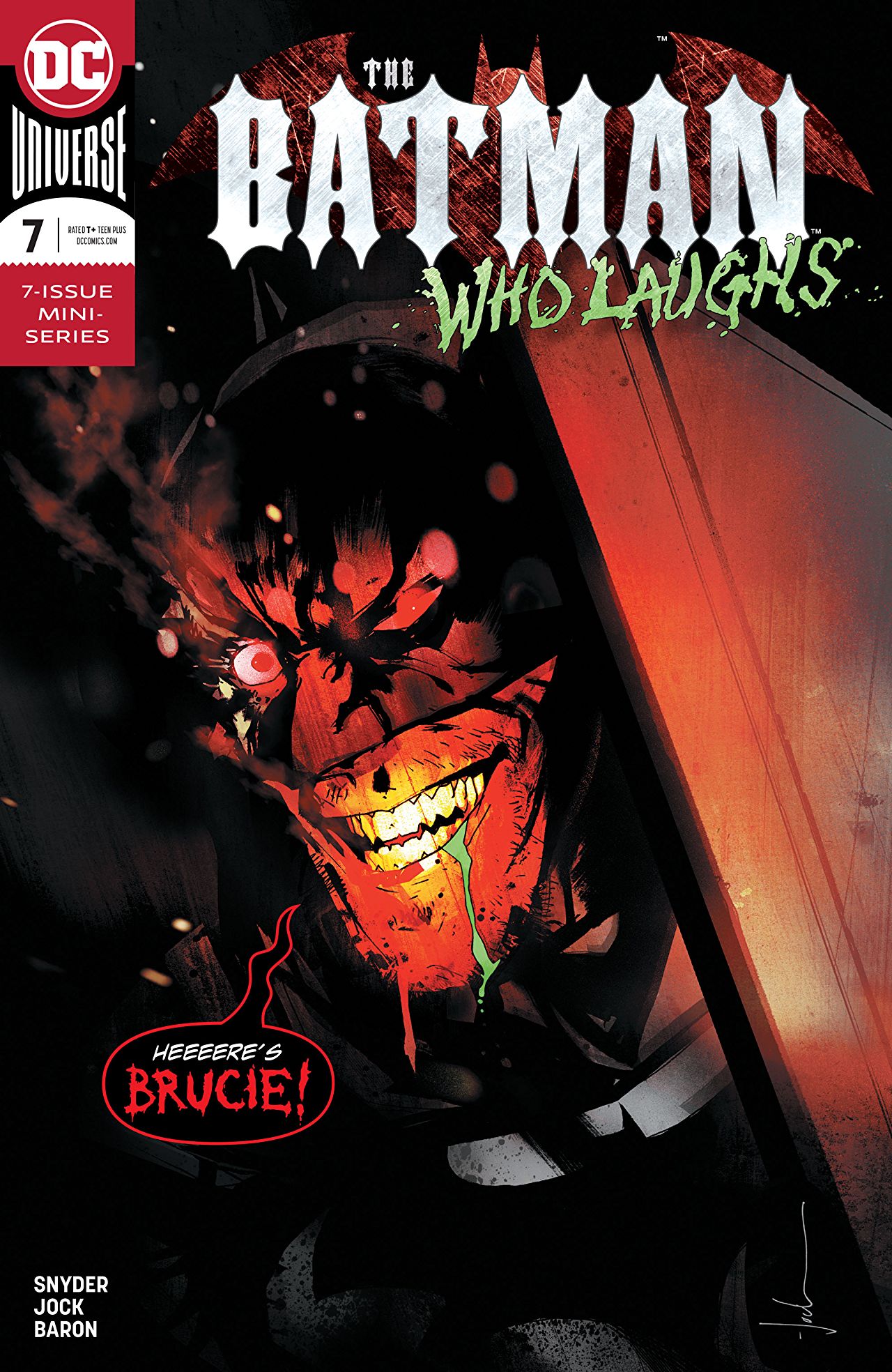 The Batman Who Laughs miniseries from DC Comics comes to close with the seventh issue written by Scott Snyder with art by Jock and David Baron.

Batman squares off against the Batman Who Laughs as the countdown continues before Gotham City is dosed with Joker venom as the dark metal that has come from the dark multiverse spreads through the streets. Meanwhile, the Grim Knight is holding Commissioner Gordon hostage with his son Jim. Slowly, Bruce Wayne is being poisoned by a toxin that is turning him into a “Jokerized” version of himself. However, the Batman Who Laughs is prepared for everything the Dark Knight throws at him.

This was an epic adventure. When The Batman Who Laughs was introduced in the “Dark Nights Metal” event, I was worried that he would become an overused plot in the DC Comics mythos. That, so far, has not been the case. Snyder did an excellent job with this series and the conclusion is everything you want it to be. Likewise, Jock and Baron are incredible as the artists. Their illustrations and colorings (respectively) complement the series.

Some of the issues did have a “feeler” vibe to them, but overall, this was an epic series that brings out Batman as he faces off against his worst fear, a Joker-version of himself.

What do you think? Let me know in the comments below. Tell me if there is a comic book, movie, or novel you would like me to review. While you are at it, check out my comic book review for Superman: Year One and my thoughts on Batman: Lonely Place Of Living. Don’t forget to like, share, and subscribe for more posts like this one.