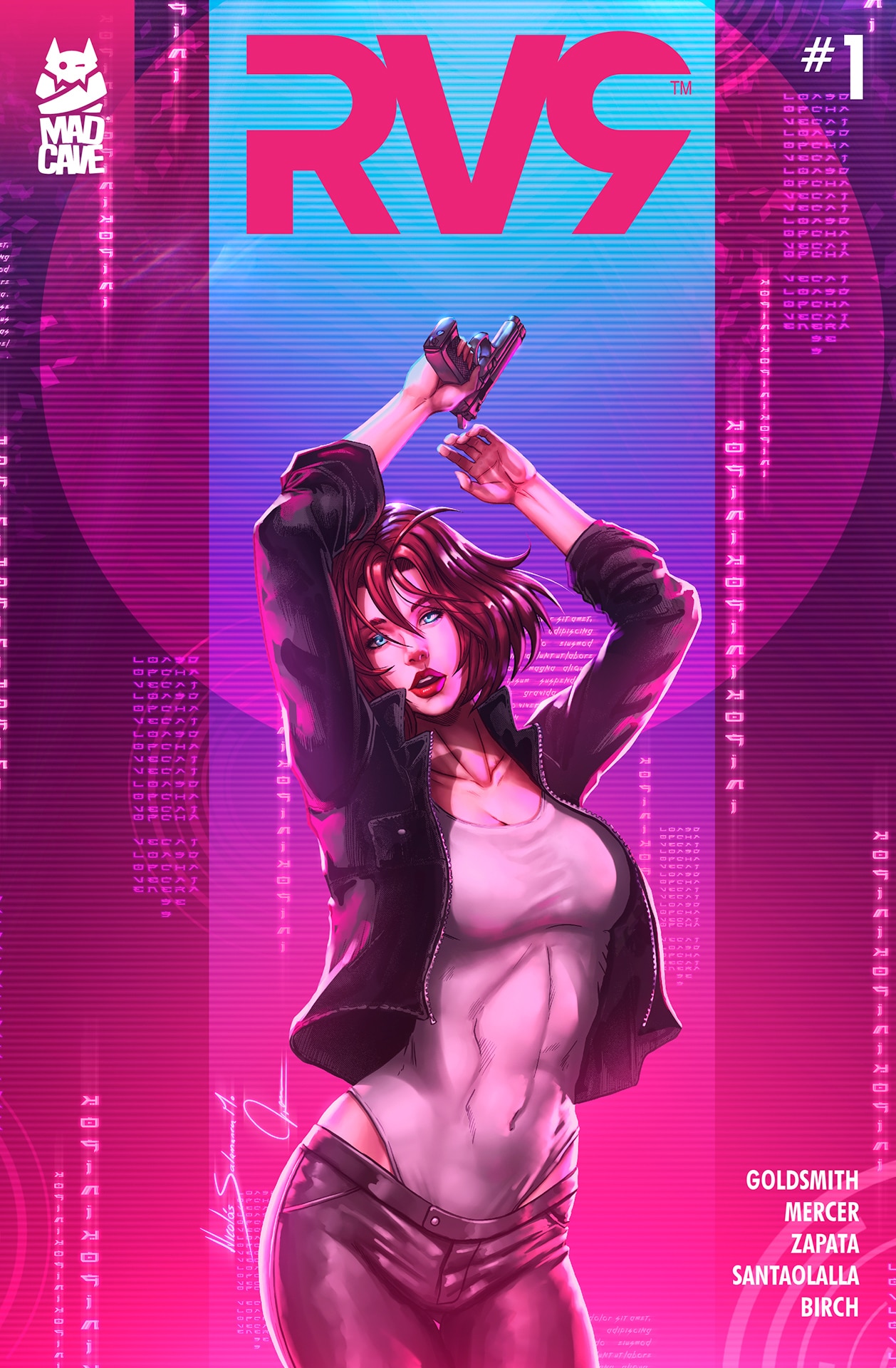 Comic book publishing company Mad Cave Studios has been on a role. From delivering publications from across the genre spectrum, to an annual talent search, and now their new futuristic spy thriller RV9.

Writer Ben Goldsmith (The Seance Room) and artist Travis Mercer explore the futuristic streets of Italy in the year 2055 with, RV9. This fast-paced spy thriller bleeds with intrigue as colorist Maria Santaolalla (Unholy Grail, Brothers Dracul) and letterer Justin Birch (Knights of the Golden Sun, Road of Bones) round out this superstar creative team.​

RV9 follows former assassin, Velveteen, who is on the run from the Order of the 9, the organization that took her from her family and forced her into a life of secrecy, violence, and death. Now, after years of running, she is bringing the fight to them. With help from an American hacker, Jasper, and a rookie officer with an attitude, Inspector Pazzi, Velveteen will use everything she was taught by the Order of the 9 against them.

This is fantastic news! Mad Cave Studios is at the forefront of pushing the boundaries of comic book publishing. They have some exciting characters, fantasy stories, and so many other great stories like Battlecats, Honour & Curse, and the upcoming Wolvenheart.

What do you think? Let me know in the comments below. Tell me if there is a comic book, movie, or novel you would like me to review. While you are at it, check out my DC Comic book reviews of Batman: Dark Prince Charming and The Fall And the Fallen. Don’t forget to like, share, and subscribe for more posts like this one.