InZane Comics launched an Indiegogo campaign for the fourth issue (or chapter) of The Elemental Balance. Like its predecessors, it is written by Zain Shenwari with artwork from Luke Horsman. I backed the campaign and received all four chapters that are currently available.

Chloe is an Aussie who has a secret. She keeps it from everyone, even her boyfriend Vijay. She survived a traumatic event and when she awoke, she could control water. At first, she thinks that she is the only the one until she has a nightmare where she sees a person named Baraka in Africa seemingly dying and coming back to life after a landslide. When he awakens, he can move the Earth. It soon becomes apparent that there are not only two of them, but four possible heroes. Earth. Water. Wind. Fire. Four amazing people who can control the elementals, but a mysterious villain known as the Void is after them.

Shenwari crafts a compelling story in this world he has created. Each of the characters are interesting and have a unique backstory. None of them are cookie-cutter comic book heroes. They are real people who have an authenticity to them that is sometimes lacking in modern comics. They each have their strengths and weaknesses with compelling origins. Horsman’s illustrations match the tone and overall feel of the story. The covers are especially impressive and show a lot of talent. The only critique I have that the identity of the Void was a bit predictable but other than that InZane produced a rarity in the comic book world.

When you back a campaign, it can be a hit or miss, but this is a big hit. Check it out here: 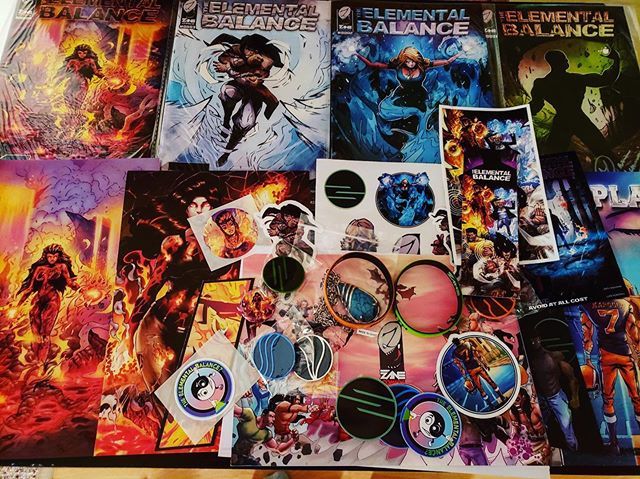 What do you think? Let me know in the comments below. Tell me if there is a comic book, movie, or novel you would like me to review. While you are at it, check out my My Top 10 Choices To Direct Batgirl and my review of DC Comics Doomsday Clock issue 10. Don’t forget to like, share, and subscribe for more posts like this one.