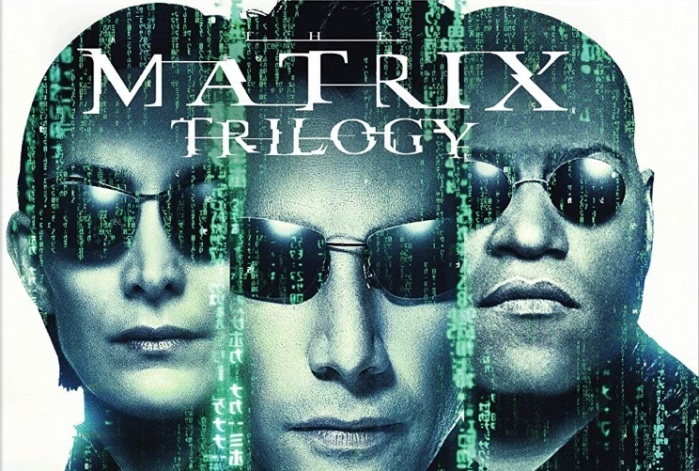 The Matrix Revolutions is the final entry into the science fiction action series directed by the Wachowski siblings. It brings the franchise to an end that no one saw coming, though it was not the one wanted.

Picking up right after the second film, Neo (Keanu Reeves) is trapped in “Mobil Ave,” a sort of limbo that a rogue program called Trainman (Bruce Spence) who ferries programs to freedom. In the real world, Commander Locke’s (Harry J. Lennix) planned attack on the Machines approaching Zion fails when Bane (Ian Bliss) who is possessed by Agent Smith (Hugo Weaving) sabotages them. Morpheus (Laurence Fishburne) and Trinity (Carrie-Anne Moss) go to see Oracle (Mary Alice), who tells them how to find Neo while Niobe (Jada Pinkett Smith) leads a crew to help the human forces. However, Agent Smith is slowly taking over the Matrix and even as Neo returns to try to broker peace, Zion braces the assault.

The performances are top-notch. Of course, Reeves and Moss stand out above the rest. Of course, Fishburne did an excellent job as an optimistic and faithful Morpheus. Weaving is spot-on as the villainous Agent Smith. While Mary Alice did a good job as the Oracle, I did miss Gloria Foster from the first and second film, who passed away before the filming of the third movie.

This film suffers from the same issues as the second one. There are so many side characters, but I do not care about them. I have no reason to like them, outside of Niobe. The others are two-dimensional and feel forced with their relationships with the main antagonists. All they do is drag the movie on and make it too long with no context.

Unlike the first two movies, this movie really has nothing to make it even slightly enjoyable, other than Bill Pope.H e returns to do a stellar job with the cinematography. As I said previously, his keen eye for shots and camera-angles improve the movie, but do not save it.

This is one of the most poorly written endings to a film I have ever seen. It builds to this huge crescendo and then ultimately falls completely flat. It felt more stitched together than well-planned and methodical. In fact, both Neo and Trinity’s deaths were completely unnecessary and seemed to just be written into the story for no reason other than it needs to be concluded. They were pointless and cliche. It was sorely lacking in any creativity.

In fact, this movie felt like two different ones. The first story, the attack on Zion drags on for far too long when it could have cut down by at least ten minutes. The second story is Neo and Trinity, which is way too short and just ends with their deaths. It is elongated and drags on to an ending that does not satisfy, leaving it wide open for a fourth film.

Bottom line, The Matrix Revolutions is a long conclusion to a franchise that had a solid opening, but creators did not know where to take it within its final chapters.

FAVORITE QUOTE: Everything that has a beginning has an end. I see the end coming, I see the darkness spreading. I see death.

Check out the movie trailer:

What do you think? Let me know in the comments below. Tell me if there is a comic book, movie, or novel you would like me to review. While you are at it, check out my movie reviews for Hell Or High Water and Kite. Don’t forget to like, share, and subscribe for more posts like this one.