He’s tough as nails, an excellent tactician, and a master at stealth combat, Sixshot is one of Megatron’s deadliest enforcers. In his first appearance, he takes out all of the Arielbots in one attack before they could merge into Superion. With this in mind, it is clear that Sixshot is deadly and cunning. Here Are My Top 10 Sixshot Forms In Transformers: 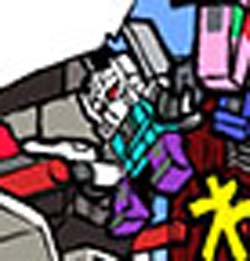 The parody comic Kre-O Transformers features the assassin in its tenth issue as a main character who is battling the heroic Autobots. 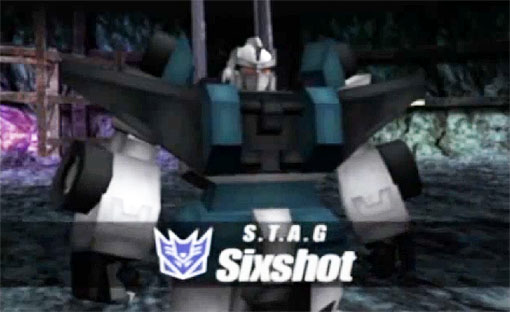 Sixshot is a member of “Solo Transformer Assault Group” (or “S.T.A.G.”), a special-ops soldier working for the Decepticons in the Playstation 2 videogame The Transformers. 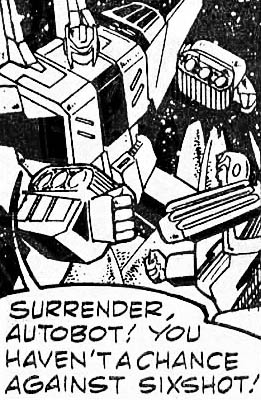 In Blackthorne Publishing’s “The War Against the Destructons,” Sixshot is shown battling Hot Rod to distract the Autobots from Galvatron’s attempt to steal a powerful alien weapon. 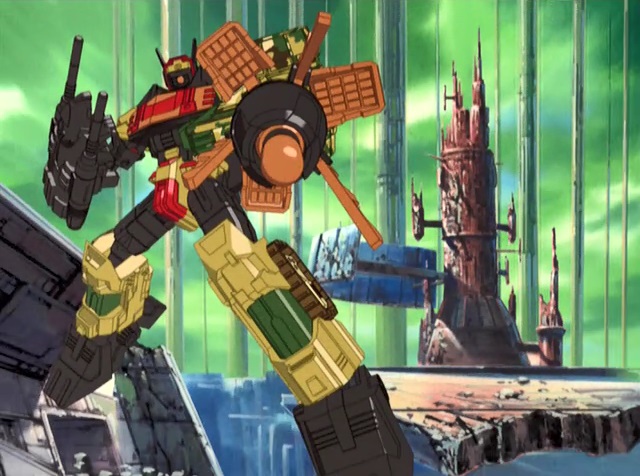 Six Shot is the twin brother of Shockblast, who is told that Optimus Prime is responsible for the latter’s death. He swears revenge and agrees to help Megatron in Transformers: Energon. 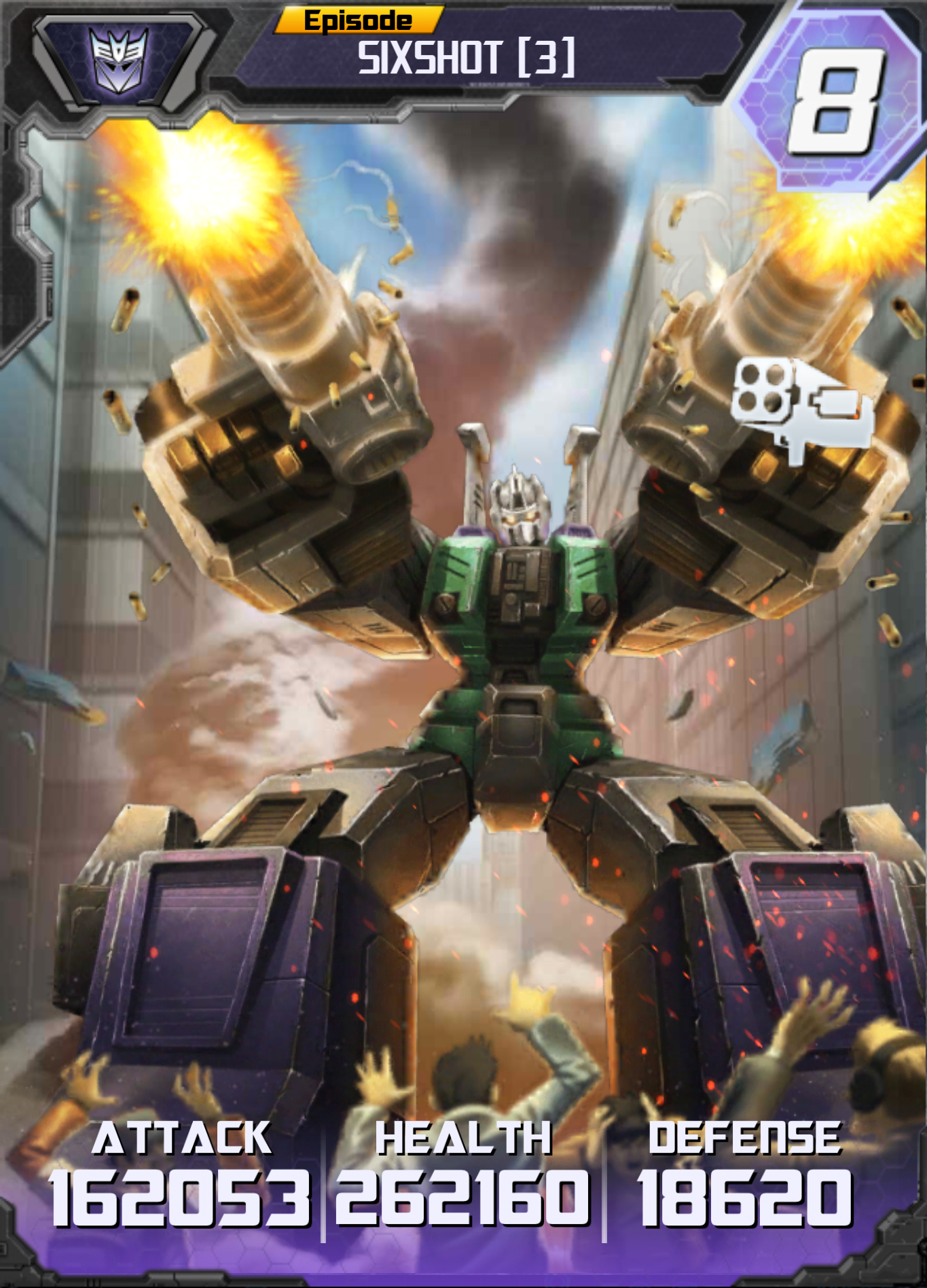 In the videogame Transformers: Legends, Sixshot appears as a playable character for the Decepticons who is incredibly powerful and strong enough to do battle against the Autobots. 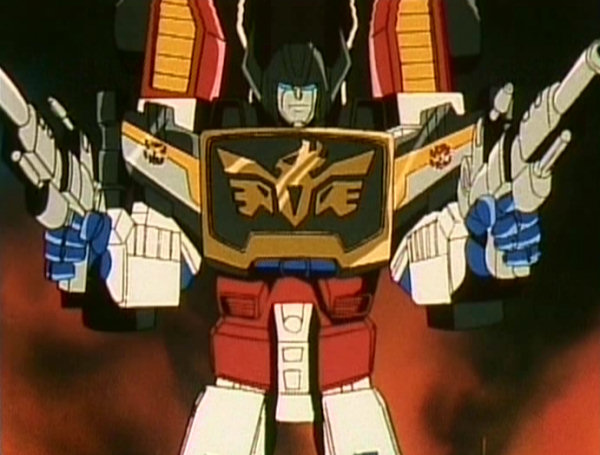 Known as Greatshot in the Japanese anime Transformers: Victory, he is a powerful warrior from Planet Micro who challenges the Autobots. 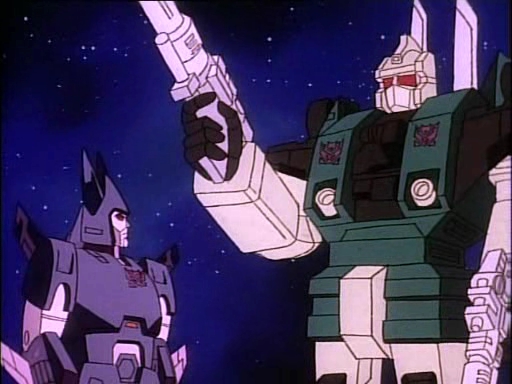 Sixshot (shown right) is part of Galvatron’s final assault on Cybertron in the series finale of the original television series. Though his appearance was short, he managed to take down the entirety of the Arielbots in one attack. 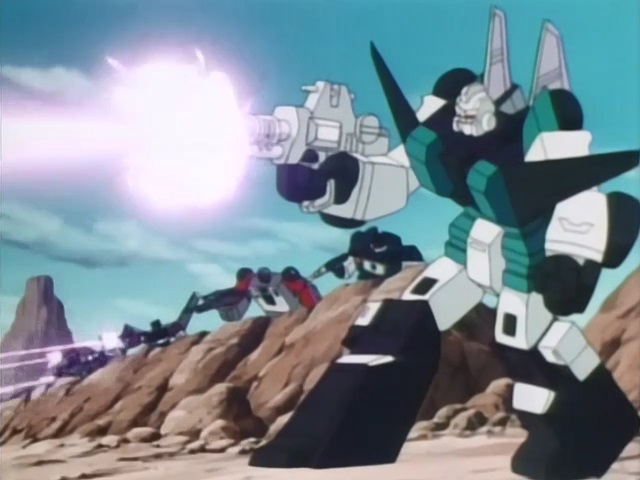 In the Japanese continuation Transformers: Headmasters, Sixshot was a powerful ninja who was strong enough to defeat Ultra Magnus. However, he defected after his son Quickswitch joined the Autobots. 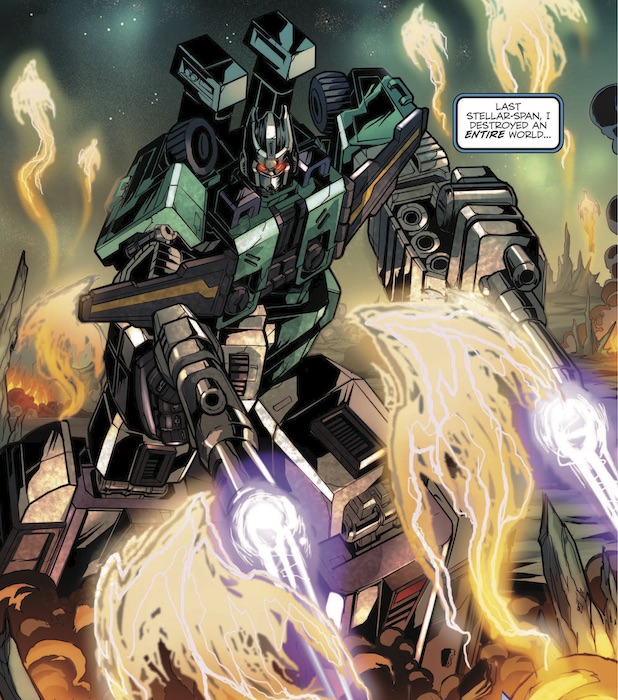 The IDW Comics one-shot “Spotlight: Sixshot” showed the ninja warrior is his form before he took a few Earth vehicles in his Sixchangers form. 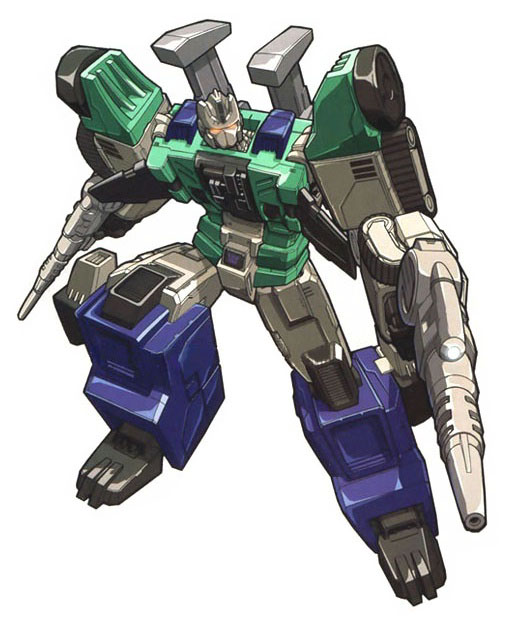 Based on his Generation One appearances, Dreamwave Comics presented a deadlier version of the character. Sixshot is a powerful, cunning, stealthy, and frightening to behold.

What do you think? Let me know in the comments below. Tell me if there is a comic book, movie, or novel you would like me to review. While you are at it, check out My Top 10 Forms In Transformers for Ironhide. Don’t forget to like, share, and subscribe for more posts like this one.

One thought on “My Top 10 Sixshot Forms In Transformers”