This might seem like an odd article, but I am not talking about the SEGA games. No, when it comes to Sonic the Hedgehog, I’m talking about villains from the Archie Comics, though there might be some crossover. Sonic and his friends have battled several enemies throughout the comic book’s run and I wanted to highlight a few for the fun of it. For posterity’s sake, Dr. Ivo Robotnik (NOT Eggman) will not appear because he would automatically win the number one spot. Here is my list of Top 10 Sonic The Hedgehog Villains:

Dishonorable Mention – In both Sonic and the Knuckles spin-off, he has been shown to be the Grandmaster of the Dark Legion, especially in the early days of the series.

10. Rouge the Bat – Introduced in Sonic Adventure 2, she made her way into Archie Comics where she is about the same.

09. Snively Robotnik – Snively is Dr. Robotnik’s conniving nephew who serves as little more than a lackey for his uncle.

08. Nack the Weasel – He has made sporadic appearances in the comic book series and even was the one who framed Sonic for becoming roboticized by Dr. Robotnik.

07. Crocbot – He first appeared in the Tails solo adventure as one of Robotnik’s generals in the Southern tundra of their home planet.

06. Dark Knuckles – In an alternate reality, the Chaos power corrupted Knuckles The Echidna. Sonic had to team-up with Silver the Hedgehog to stop him.

05. Anti-Sonic – In a mirror verse, Sonic and his friends are the bad guys. Dr. Robotnik is the hero. Now that’s a twist.

04. Enterjak – Primarily a foe of Knuckles, Enterjak used the powers of the Master Emerald to make him immortal. Eventually, his powers were stolen and he transformed into a cyborg.

03. Ixis Naugus – He was a brutal enemy of Sonic. He is a magician who stole the power of the Power Rings in order to become stronger and more powerful. At one point, Sonic had to transform into Hyper Sonic to stop him.

02. Shadow the Hedgehog – Though his story is somewhat different than the video game, Shadow’s story is basically the same.

01. Metal Sonic- Originally introduced as a creation of Dr. Robotnik, Metal Sonic is a robotic clone of Sonic the Hedgehog and often proves to be a terrifying opponent for the Blue Blur and his friends. 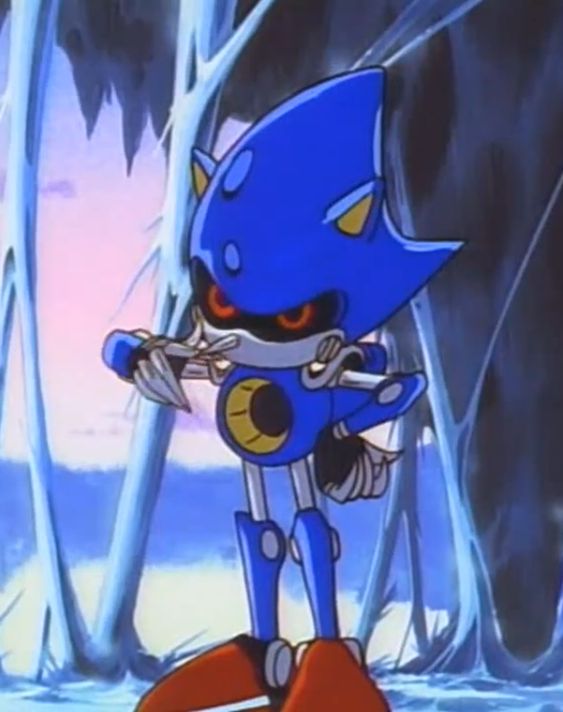 That is my list. What do you think? Let me know in the comments below which Sonic the Hedgehog villains you enjoyed reading about. While you are at it, check out my Top 10 Sonic The Hedgehog video games. Don’t forget to like, share, and subscribe for more posts like this one.