Grimlock may be an Autobot, but he looks out for his fellow Dinobots first. At times, he is portrayed as dim-witted, but strong. Clumsy, but skilled with a sword. Angry, but at times compassionate. He even saved the entire galaxy once in Generation One. No matter what the circumstance, Grimlock can smash his way out of the situation, even if he is not always a T-Rex. Here Are My Top 10 Grimlock Forms In Transformers: 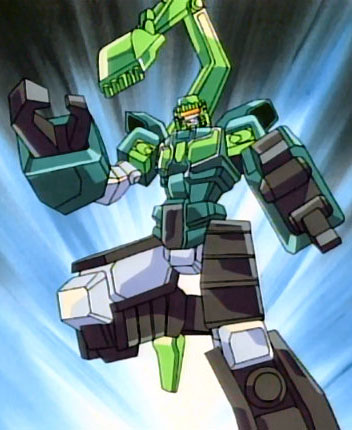 This iteration is the most different from all of the others. Instead of a hulking, fierce warrior, Grimlock is the backhoe member of the Build Team, dedicated to helping the Autobots defend the Earth from the Predacons. 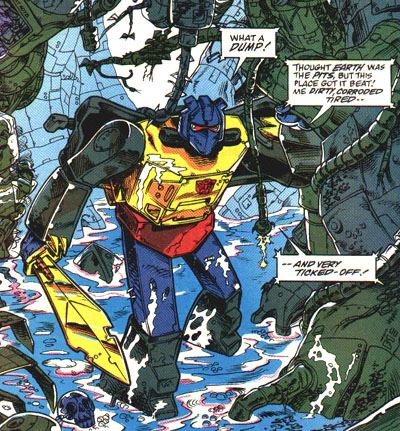 In Marvel’s continuity, Grimlock stages a coup to take command of the Autobots following the death of Optimus Prime. Because of his headstrong and rash nature, the Autobots stage a mutiny, replacing him with Blaster. 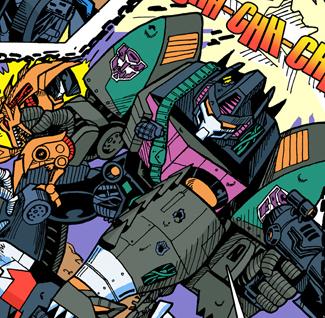 In an alternate reality, the Autobots are the tyrants and Optimus Prime took great pleasure in unleashing Grimlock onto his enemies. The Dinobot would devour everything in his sight which served to fight the heroic Decepticons. 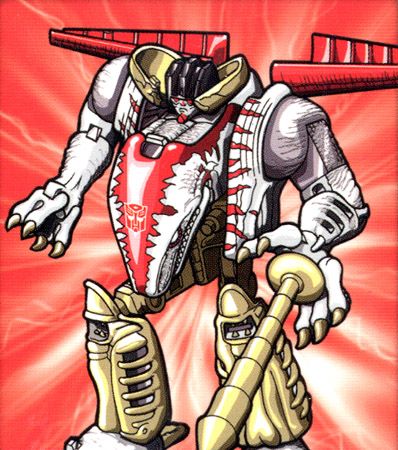 Changing from his usual T-Rex, Grimlock takes the form of a Velociraptor and joins the fight against the Predacons. Once again, he was connected to his ally Swoop. 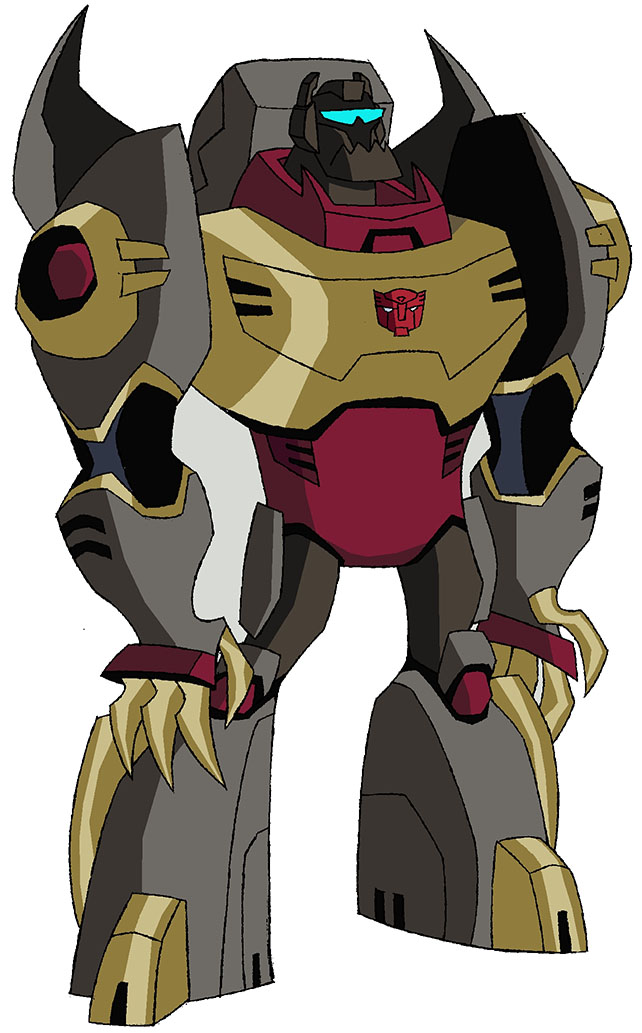 This Grimlock is not only dimwitted but outright dumb. He allows himself and his fellow Dinobots to be intimidated by the human criminal Meltdown and falls head-over-heels for the Decepticon femme fatale Blackarachnia. 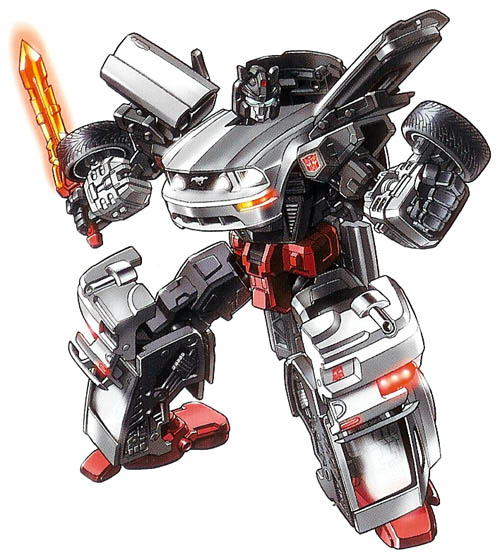 This version dismisses the dinosaur look altogether, choosing instead to change into a Ford Mustang. No worries though, he still carried his iconic sword to thrash the Decepticons. 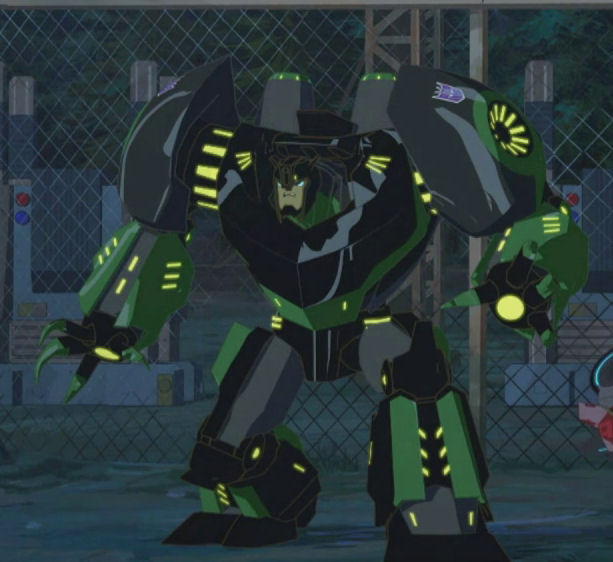 Grimlock was once a Decepticon in Transformers: Robots In Disguise, but after he is accidentally freed by Bumblebee, he switches sides and helps Bee’s team recapture his former comrades. 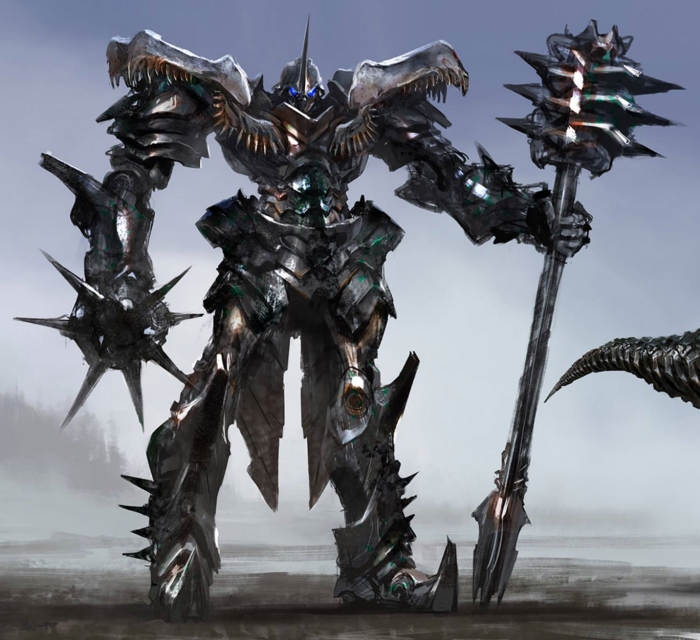 In Transformers: Age of Extinction, Grimlock and his fellow Dinobots have been captured, but Optimus Prime rescues them and convinces them to help him defeat Galvatron and the Decepticons. 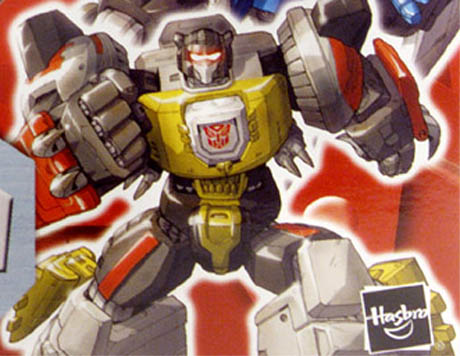 Though he never made an appearance in the Energon show, Grimlock and his partner Swoop would appear in the comic book spin-off where the two would merge to become Mega-Dinobot. 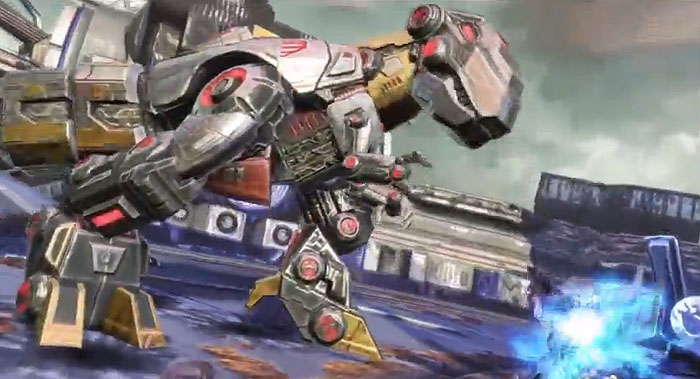 Grimlock and his Lightning Strike Squad get kidnapped by Shockwave where he puts them through a series of experiments, turning them into Dinobots in the videogame Fall of Cybertron. Bitter that his Autobot allies did not rescue them, Grimlock disregards orders, choosing to stop the Decepticons on his own.

What do you think? Let me know in the comments below. Tell me if there is a comic book, movie, or novel you would like me to review. While you are at it, check out My Top 10 Forms In Transformers for Cyclonus. Don’t forget to like, share, and subscribe for more posts like this one.

5 thoughts on “My Top 10 Grimlock Forms In Transformers”