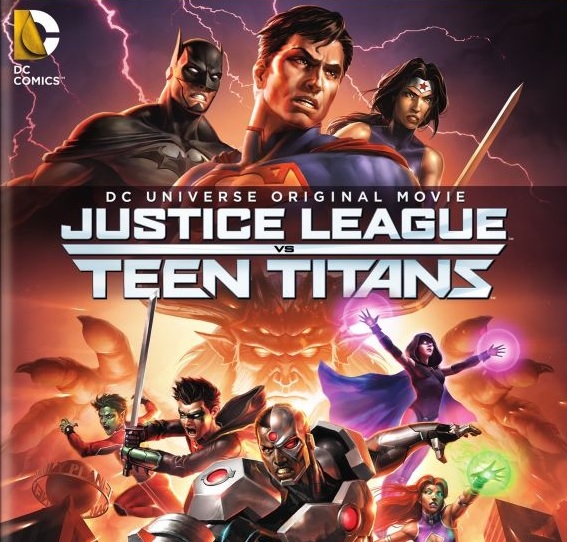 Directed by Sam Liu, ‘Justice League vs. Teen Titans‘ is part of the DC Animated Movie Universe. The screenplay is written by Bryan Q. Miller and Alan Burnett and was released through Warner Bros. Animation.

After Robin (Stuart Allan) messes up during a mission where the Justice League is fighting the Legion of Doom, Batman (Jason O’Mara) makes the decision to send him to join the Teen Titans, who are led by Nightwing (Sean Maher) and his girlfriend Starfire (Kari Wahlgren). Little do they know, Superman (Jerry O’Connell) becomes possessed by a demonic creature. Robin is aggravated with his new teammates Beast Boy (Brandon Soo Hoo) and Blue Beetle (Jake T. Austin) but is especially suspicious of the mysterious Raven (Taissa Farmiga). For some bonding, Starfire takes the Titans to a carnival where Raven is attacked in the astral plane by her father Trigon (Jon Bernthal) who intends to use her as a method of escaping his prison and conquering the Earth by possessing heroes. When the JL finds this out, they try to take Raven, leading to a showdown between the World’s Greatest Heroes and the Teen Titans.

I want to say, Damian Wayne as Robin is incredibly annoying. I know the New 52 DC Comics era wanted to give Robin an edge, but sometimes I just wanted Batman to put him in the corner for timeout. That is not to disparage Stuart Allen, he does a great job voicing the character, but sorry not sorry, I had to get that out of my system.

As for the plot, it is fantastic. I am not a big fan of Trigon as a villain because he seems to be a rip-off of Marvel Comics’ Dormammu and I do feel that relied too much on the demonic aspect of the character, but that did not demote the story in any way. In some of these animated features, when they have a large cast of characters like this one, the plot can get mixed up. That is not the case. It moves smoothly and is entertaining throughout the entire film.

The technical aspects of the movie are excellent. The animators, the character designs, and the voice acting are all top-notch. The staff at Warner Bros. Animation should all be applauded for the quality and attention to detail.

Bottom line, Justice League vs. Teen Titans is a quality animated film that

FAVORITE QUOTE: How much do you have to know when people are in need? Garfield was 11 when his genetics kicked in and gave him green skin and powers. We still don’t know the purpose of Jaime’s alien armor or all of its abilities. We just knew they needed help. You have to have a little faith sometimes.

What do you think? Let me know in the comments below. Tell me if there is a comic book, movie, or novel you would like me to review. While you are at it, check out my movie review of Justice League: Throne of Atlantis and The Incredible Hulk. Don’t forget to like, share, and subscribe for more posts like this one.

One thought on “Movie Review- Justice League vs. Teen Titans”