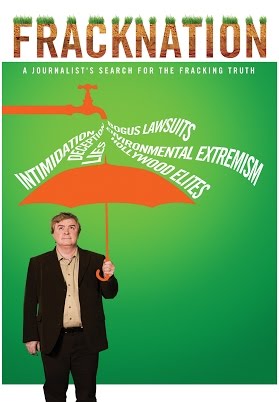 After viewing the largely discredited documentary Gasland, documentary filmmaker and freelance journalist Phelim McAleer went to an event and asked the director, Josh Fox, a simple question regarding the methane in the water of the communities he documented. However, both YouTube and Vimeo censored any video rendering of the confrontation. They have since been restored.

This sent McAleer on a journey of seeing the anti-fracking world for what it was, a faux movement designed to do nothing more than stir up trouble. That is what FrackNation is about. He approaches scientists, geologists, and a host of other experts to figure out what the problem with fracking is. He and his team soon find out, there is not a whole lot to the criticism.

Filled with amazing insight and incredible interviews, McAleer and his team are threatened, bullied, and in the climax, even physically assaulted as they search for the truth about fracking.

It is truly an eye opener, especially when the EPA tells anti-fracking advocates tell them there are no toxins at all in their water. See their reaction to this supposedly good news.

Last I checked,  it was on Netflix, so be sure to download it yourself and see it. Make up your own mind. FrackNation definitely convinced me.

Be sure to subscribe for more upcoming documentaries and movie reviews.