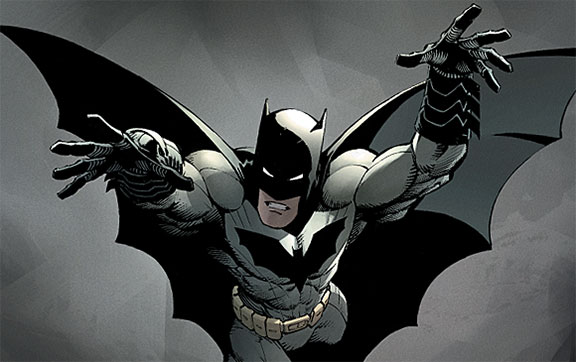 Batman has protected Gotham City through thick and thin. DC Comics has put him the Batman Family through extreme trial in several comic book and graphic novel plots. There have been great ones like The Long Halloween, Going Sane, and Batman: Earth One. However, there were some incredibly weird, ridiculous, and outright stupid plots. Here is a list of my top 10 worst Batman plots.

Cacophony and The Widening Gyre- Kevin Smith may be a good comic book collector, but he is a lousy comic book writer. These stories are completely ridiculous. He completely ruins Batman as a hero and reduces Catwoman to a blithering idiot.

The Killing Joke- Everyone brags about this story, but it is nonsense. After the Joker almost kills Barbara Gordon, Batman asks if he wants to save and then laughs at a joke with the Clown Prince of Crime. It is a pathetic story that makes the Dark Knight and Batgirl look weak.

Odyssey- Neal Adams is a legendary Batman writer who deserves a by-line with Frank Miller for restoring the Caped Crusader’s dark edge. Unfortunately, this one plot falls short. It is a boring and bloated story that is trying to riff off Jules Verne. The only redeeming quality is the T-Rex.

Dracula– This is a trilogy where the World’s Greatest Detective battles Count Dracula. As a result, Batman is turned into a vampire and Catwoman a “werecat.” It is one of the worst drawn and thought-out Elseworld stories.

Black Mirror- This story takes place as Dick Grayson serves as Batman. Commissioner Gordon’s son is revealed to be a serial killer. Not a bad plot, but the ending is so grandiose it does not make sense.

Batman Eternal- Scott Snyder is one of the best Batman writers, but this is his worst. The plot is confusing and just seems to drag on forever before finally ending. It did work to restore some forgotten characters who vanished in New 52, but outside of that, it is an odd take on Batman’s early days.

Digital Justice- Taking place outside of canon, it takes place in the future where a Joker virus starts to takeover Gotham City’s computers. As a result, Commissioner Gordon’s grandson becomes the new Batman in a digital age. The concept is great, but the overall telling of the story makes little sense.

Son of the Demon- This is the story that set-up Batman having a son with Talia, Ra’s al Ghul’s daughter, though later she claims a miscarriage. This story is out of focus and takes Batman WAY out of context. Isn’t Batman a detective? Shouldn’t he have known Talia was still pregnant?

Citizen Wayne- Told through the eyes of reporter Richard Grayson, this Elseworld story tells how Harvey Dent became a blood-thirsty Batman and Bruce Wayne had to stop him. The climatic battle leaves much to be desired.

The Tyrant- The supervillain Anarky is the hero as he battles a corrupt Batman who has turned Gotham City into his own kingdom. The story was flawed on so many levels. For one thing, Anarky is great as a minor villain, but lifting him to hero status, not so much,

That is my list. Did I miss any of yours? Let me know in the comment section below.

Consider pick up a copy of my paranormal and supernatural thriller Cacophony! It is now available on Amazon.

Consider supporting me on Patreon! It is because of your generosity that content creators like can continue to film, write, and more just for you!