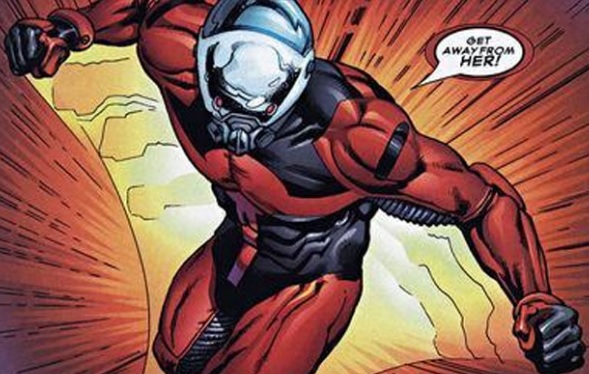 This is a mash-up of some my favorite villains who became heroes. Now, I am not talking about how they were wishy-washy as a villain or were gray and slowly became a hero. I am talking about villains who needed a real redemption story and rose up to become a champion of what is right.

11. Plastic Man- Patrick “Eel” O’Brien was a petty crook, that is until a robbery at a chemical factory gave him elongated powers. Though originally a villain, he decided to use his powers for good and eventually went on to become a proud member of the Justice League of America.

10. The Creeper- In The New Adventures of Batman & Robin, a reporter gets dowsed with laughing gas and chemicals to become a rampaging lunatic. However, he is seen fighting along other heroes in the spin-off Justice League Unlimited. Please note, this version is different from his comic book counterpart.

9. Scott Lang aka Ant-Man II- Though originally a thief, Scott stole the Ant-Man suit and a container of Pym particulars to rescue his daughter from some blackmailers. Since that time, he has been a member of both the Avengers and the Fantastic Four.

8. Namor- The Sub-Mariner, former king of Atlantis, was a villain of both the Avengers and the Fantastic Four before Captain America convinced him to put aside his evil ways. Since then, he has been a member of the Avengers, Defenders, and even the X-Men.

7. Gru- Featured in Despicable Me, the villain became a full fledged hero in the sequel while caring for his three adopted daughters and his Minions. Since he is voiced by Steve Carrell, he just had to make it on this list.

6. Rogue- The famous member of the X-Men was once a member of Mystique’s Brotherhood of Mutants before becoming a hero. While the film trilogy ignores this storyline, it stays a part of her character in the comic books.

5. Hawkeye- Believe it or not, Clint Barton was a villain, even working for HYDRA, before joining SHIELD and the Avengers later. While not a founding Avenger, he served on the second incarnation of the team, Avengers West Coast and later became a recurring character.

4. Red Hood- Jason Todd was the second Robin when Batman failed to save him from the Joker. However, he returned as the villainous Red Hood and later became the leader of the Outlaws, and eventually partially restored himself to the Batman Family.

3. The Winter Soldier- Bucky Barnes was Captain America’s sidekick, until he was captured by a band of villains who turned him evil. He would later remember his past life and become an Avenger, and later, when Steve Roger became Director of SHIELD, he would become the next Captain America.

2. Black Widow- Yes it is true. Like Clint Barton, she was a villain until being rescued by Hawkeye. She would later join SHIELD as a double-agent and eventually become a member (later a leader) of the Avengers West Coast.

1. Vegeta- Yes, Dragon Ball Z fans, Vegeta made the top of the list. He was quite literally a mass murderer corrupted by the evil villain Lord Frieza. However, after witnessing Goku become a Super Saiyan, he slowly changed his ways to a gray character, to neutral, and then in the Buu Saga, he redeemed himself as a true hero.

What do you think? Let me know in the comments below. Tell me if there is a comic book, movie, or novel you would like me to review. While you are at it, check out my movie reviews of The Amazing Spider-Man and The Dark Knight. Don’t forget to like, share, and subscribe for more posts like this one.