A few of the gentlemen on this list are being discussed as a possibility, but others are simply men who, in my humble opinion, should be on the short list for future live action Batman films. They’re not in any particular order. If anyone would like to throw a name in the comment section, I would more than welcome the discussion!

Karl Urban- The New Zealand actor’s name has been floating around on several Batman blogs for many years. I became convinced after watching RED and Dredd. His mainstream success in portraying deep, dark characters would make him an ideal candidate. He’s got the voice, the muscles, and the moves.

Rob Morrow- The American actor is best known for play FBI Special Agent Don Epps on the hit show Numb3rs. He could pull off a deeply conflicted Bruce Wayne struggling with avenging the death of his parents. He’s tall enough, dark enough, and while I’m not crazy about his voice, he could surprise us.

Stephen Baldwin- The youngest of the Baldwin brothers has been doing B-Action (and some Z-quality) films since he came out of the closet as a Christian. However, he has the skills, the know-how, and the voice.

Eion Bailey- He was on the short list for Batman Begins and even screen tested, but he did not care for the armor. After seeing him in Band of Brothers and Once Upon A Time, I’m still convinced he could do an excellent job!

Josh Hartnett- Despite being a vegetarian, I think that he’s got the look, the mysterious vibe, but also the charming looks that comes with playing the role of Bruce Wayne. I’m not sure he’s played a dark role with the exception as the Salesman in Sin City.

Eddie Cibrian- Regardless of his personal life, Eddie is a good actor and could pull off the role of Batman. I believe this after seeing Logan’s War: Bound by Honor and Invasion. He’s tough enough and meets all of the criteria. 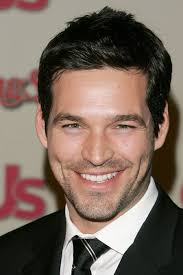 Alan Tudyk- He’s been in several TV series and had many film appearances both as heroes and villains. It’s ironic I’m suggestion him as Batman, since he voiced Green Arrow in the animated series: Young Justice.

Liam Hemsworth- He’s a good, young solid actor who has appeared in films such as The Hunger Games and had a small role in The Expendables 2. He has been in action films, television series, and other roles that I think make him an ideal candidate.

Hugh Dancy- He has a good history of playing charming and mysterious characters. He’s been in his share of chick flicks such as Ella Enchanted, as well as psychological thrillers such as Savage Grace. He could pull off the role of Bruce Wayne and Batman.

Joseph Gordon-Levitt- Whether a “Caped Crusader” sequel to The Dark Knight Trilogy or a reboot, after seeing Looper, Lincoln, The Dark Knight Rises, Inception, among others, I believe that he would make a great casting decision.