Graphic Novel Review- New 52 Batman: The Court of the Owls 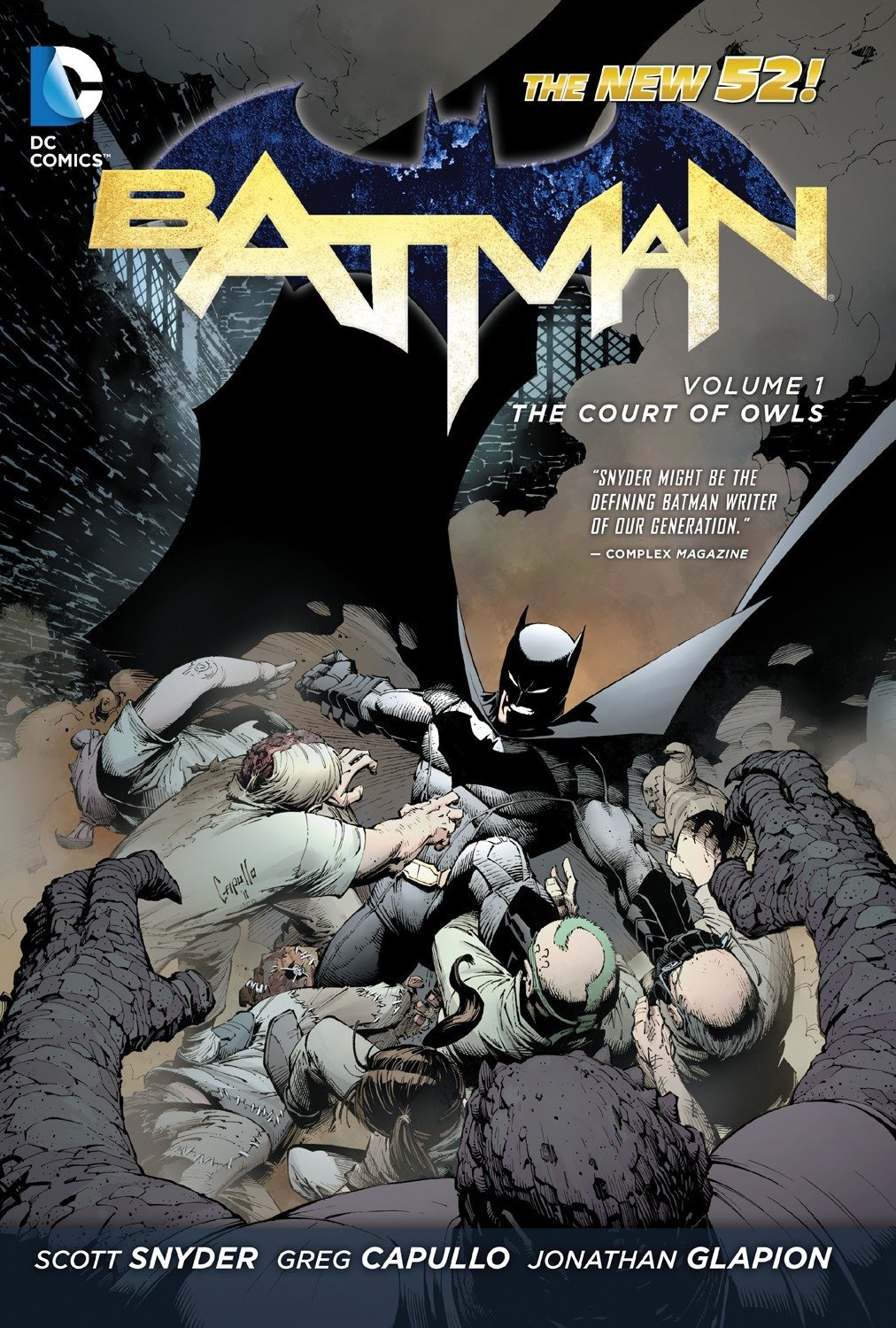 Following the events of Flashpoint, Batman is getting a revamp with New 52. Comic book writer Scott Snyder and artist Greg Capullo tackle the first volume which sees the Dark Knight battle old enemies and uncover a conspiracy within Gotham City.

After quelling a riot at Arkham Asylum, Batman is tasked with solving the murder of a man who was stabbed multiple times. The only clues are knives with an owl etched in and a message warning that Bruce Wayne will die. With the Gotham City mayoral election approaching, Batman follows the trail and learns of a mysterious cult that has been secretly ruling the city from the shadows. Though chased out in the past, they have returned with an assassin known as Talon to rest control of Gotham from the Dark Knight.

I would just like to say, Scott Snyder totally delivers on this epic tale. If this is the first to come in a new era of Batman, I think it will be solid. He does a good job with all of the sidekicks, especially Dick Grayson, and how there is a plot twist with him works to help tie up this portion of the story.

Greg Capullo also shows off his talent. He made a name for himself in multiple titles, including Spawn, but here, he has achieved icon status. The way he draws even subtle clues within the panels is impressive and I love how he draws Batman when he is facing the Court of the Owls.

What do you think? Let me know in the comments below. Tell me if there is a comic book, movie, or novel you would like me to review. While you are at it, check out my reviews for Batman: Ego and Star Wars: Honor and Duty. Don’t forget to like, share, and subscribe for more posts like this one.