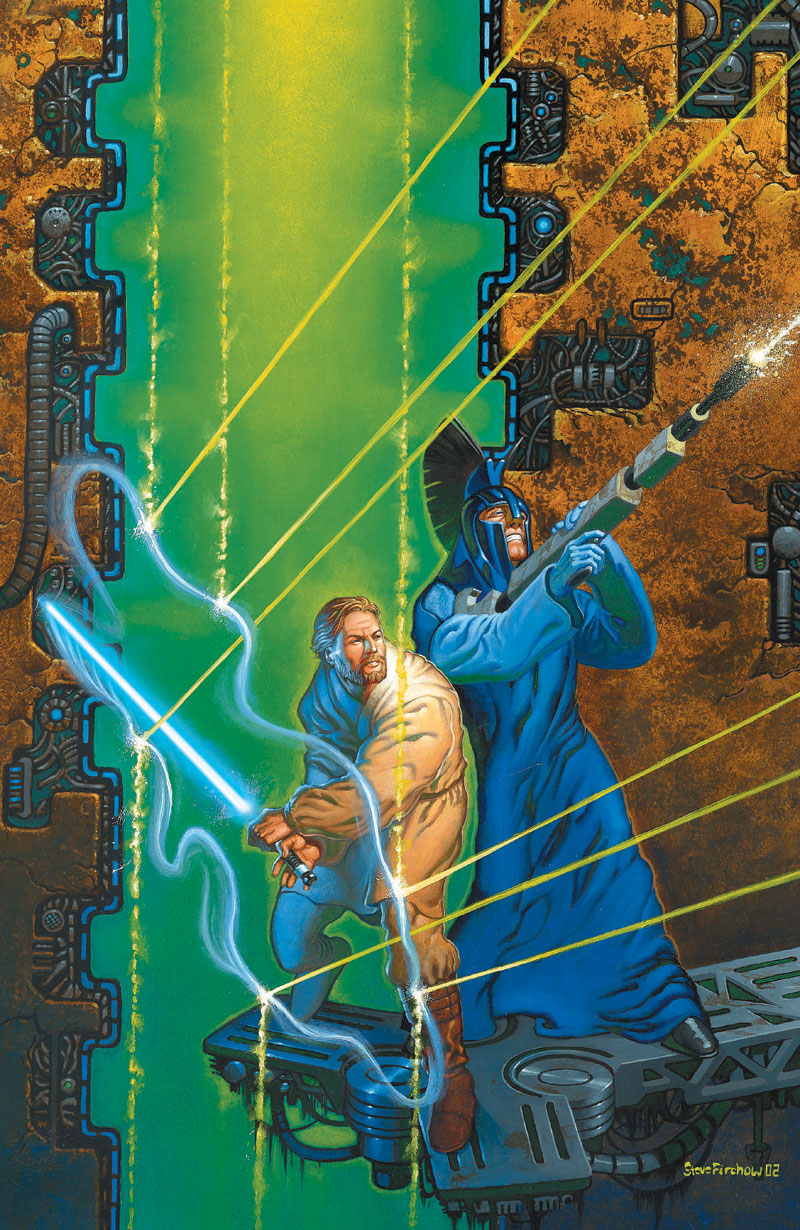 From Dark Horse Comics comes Star Wars: Honor and Duty, written by John Ostrander with art from C.P. Smith and Luke Ross. It was part of the ongoing Star Wars: Republic series.

Set before Episode II, Senate Guards Sagoro Autem and Isaru Omin are called to investigate the mysterious death of a senator who was supporting a Bill that might prevent the fracturing of the Republic. They also have to work with Jedi Knight Obi-Wan Kenobi and his hotheaded apprentice Anakin Skywalker who is protecting another Senator who’s also targeted. Sagoro mistrusts the Jedi, but he has his own problems as his son is secretly planning on leaving Corusant. However, as the vote draws nearer, more assassins are coming from the shadows, some who might be closer than Autem suspects.

I would like to say from the start that artwork was pretty cool. I especially liked the designs of Corusant which were particularly well-designed and really showed that part of the galaxy.

This story is very interesting. Senate Guards were often an overlooked portion of the Star Wars galaxy, so watching the Fall of the Republic and the rise of the Empire from the perspective of this somewhat lower-ranking character was a cool angle. I found this story, though smaller in scale, interesting and a fun part of the Expanded Universe.

What do you think? Let me know in the comments below. Tell me if there is a comic book, movie, or novel you would like me to review. While you are at it, check out my movie review Batman: Year One. Don’t forget to like, share, and subscribe for more posts like this one.