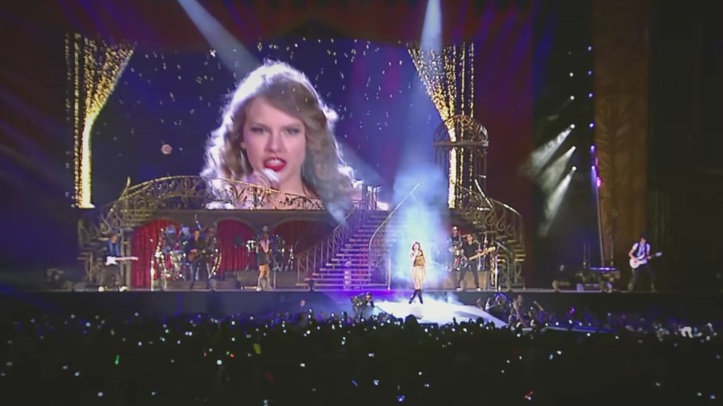 “Sparks Fly” is the fifth single to come from Taylor Swift’s 2011 album Speak Now. The single was written by Swift who co-produced it with record producer
Nathan Chapman. It would go on to become certified Platinum after spending time on US Billboard Hot Country Songs as number one.

“This is a song I wrote a few years ago and I have been working on it ever since. It’s been awesome to see it change over the years. The fans have heard it before in concert, but there have been some really cool changes that I am very proud of and can’t wait for them to hear,” Swift wrote on her website about the single.

The song was written solely by Taylor Swift and she did an amazing job. You could really feel the heart of what she was trying to say. I enjoyed how she can craft a number and make it her own. Now the song has been described as a “country” song, but I honestly feel like it is more in the range of contemporary rock. Despite the genre confusion, I did enjoy it as it shows a lot of imagination. The music video shows her performing it at various concerts and while it is simple, it complements the song.

Check out the music video below:

What do you think? Let me know in the comments below. If you have the chance, tell me if there is a comic book, movie, song, or novel you would like me to review. While you’re at it, think about subscribing so you can get more song reviews and more articles like this one. Don’t forget to like, share, and subscribe for more posts like this one.